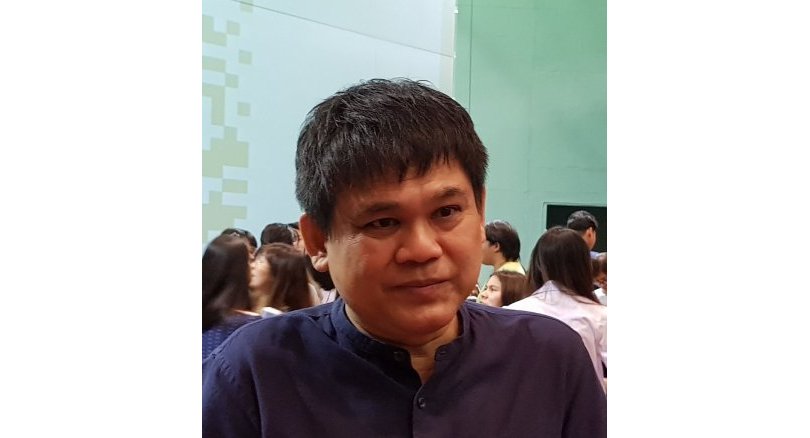 HUNDREDS of students were busy installing banners – most of them including the question “Who are we?” – on a stage at Thammasat University’s (TU) Rangsit campus on Friday morning.

In this exhibition of their group projects, they addressed the topic: “We are creations of mass media”. The exhibition was part of the subject Creativity and Communication, or TU106. Introduced three years ago and compulsory for first-year students, the course aims to help students learn through the process of creative thinking. The course addresses critical thinking, and the communication of thoughts in a way that leads to “suitable results in social, cultural and environmental contexts, at personal, organisational and social levels”.

Santi Chitrachinda, the course lecturer, says people often think that courses on communication and creativity are designed for students in the Faculty of Journalism and Mass Communications. In fact, about 49 per cent of the students who need better communication skills are from other faculties, such as Science and Technology or Medicine.

That’s because they need to be able to negotiate and deal with people who are different to them. Santi said the course is designed to suit 21st-century students who are interested in the 4 Cs – creativity, communication, critical thinking and collaboration. The subject is also in line with TU’s education goals, or “GREATS” – Global mindsets, Responsibility, Eloquence, Aesthetic appreciation, Team leadership, and the Spirit of Thammasat.

The TU106 course applies “active learning”, with a course outline that includes fewer lectures but more workshops and other activities. In recent years, TU has adjusted its method of teaching to the point where lectures take up no more than 50 per cent of class |time. Student engagement is more important than teachers’ lectures or notes given to students, Santi explained. For example, in the second module of the class, under the topic “We are creations of mass media”, Santi just raised the question, “Who am I?” and let each student analyse their own characters before discussing the subject in groups.

The result is the showcase exhibition under the topic: “Who are we?”. The question is asked because students should know themselves physically and psychologically, and be able to construct their own identities, the lecturer said. “When they know their identities, or know how they are constructed, they can become leaders or trendsetters,” Santi said. Sipang Piram, a first-year student in the Science and Technology Faculty, said she appreciated this subject because it helped to arrange the order of her thoughts.

“In the science field, we usually talk about water or some other science topic, but this class provides us with an opportunity to discuss, share and organise our conceptual thoughts, and to think creatively,” said Sipang, who studies food science. Damrongchai La-or-sri, a first-year student in the Faculty of Law, said this class is more open than those in other subjects, because it allowed students to broaden their interpretation of questions or problems set by the lecturer.

Santi hopes the class will help students be themselves and know how to use tools to handle their lives in this fast-changing world. With the course now in its third year, Santi said he was satisfied with the performance of the students and hoped it would help them cope with their difficult studies in the years ahead. At the student exhibition on Friday, most students agreed that media has played a vital role in their lives – although they had mixed opinions about the extent of its influence. They felt that media has both positive and negative influences, and some believed that they were deceived by the media.

For example, a group of students from the Liberal Arts Faculty thought that the media gave the negative perception that prisons exist only to jail poor people because rich people can use their money or influence to get away without punishment. “The media fails to present the truth,” Noppawan Onsing from the group said. She gave an example of a story about an elderly couple who received lengthy jail sentences in 2011 for forest encroachment. She said some sectors of the media gave the false impression that they were punished merely for collecting wild mushrooms. 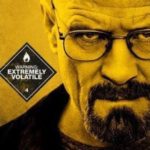 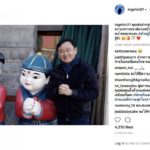