Home » Stunning bird hiding can YOU spot it? The photograph snapped by Raphael Golez – a consultant geriatrician – has viewers squinting trying to spot the small bird and its long tail.

Perched on Winchelsea Beach, East Sussex, the bird – a Pied Wagtail – can barely be seen with its grey, white and black feathers acting as the perfect disguise to blend in with the tranquil scenery.

Pied Wagtail are commonly seen dashing across British towns and cities, wagging their long tails up and down.

Raphael, from Hastings, said: “It took me about ten seconds to capture the image.’’

“I was having difficulty acquiring focus first as the bird is blending nicely with the pebbles until it moves,’’ the 44-year-old said.

“A lot of viewers have had a hard time finding the bird but they find it very rewarding when they do.”

What is a Pied Wagtail?

Commonly spotted in towns and cities on pavements and rooftops across Britain, the black, white and grey Pied Wagtail is often seen darting around backyards and roads.

The bird’s average lifespan is two years, and has an appetite for insects and seeds, as well as the occasional piece of rubbish in the colder months.

The Pied Wagtail is known to fiercely defend its breeding territories in summer, creating a nest in all kinds of places like ivy, walls or between stones.

In the winter months, the adult males will mark their feeding ground, and when food is lacking, chase away any potential intruders.

The birds, who move their tails up and down when flying, can be cared for in cities or rural areas by having food and water left out for them.

DID YOU GET IT RIGHT ? 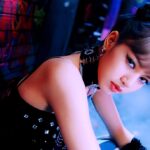