Pattaya’s tourism industry has been keeping a close eye on exchange rates, hoping a recent resurgence in both the British pound and Russian ruble will boost tourism for the rest of high season.

The pound – down 4.9 percent against the baht this year and 23.6 percent from five years ago – showed its first signs of life since the United Kingdom’s Brexit vote with the landslide victory of Conservative Prime Minister Boris Johnson this month. Following the vote, the pound jumped from 38.7 baht to the sterling to 40.7. In the past week, however, it has given back 2.6%, sitting at 38.3 baht on Dec. 21.

Still, with Britain’s parliament finally passing Johnson’s Brexit deal, currency traders around the world expected the pound to strengthen now that uncertainty over the U.K.’s exit from the European Union has disappeared.

A bet on a stronger ruble isn’t as certain. Russians have returned to Thailand in strong numbers this year for the first time in five years, but the currency is still down 12 percent since 2014. The ruble has risen against the baht by 2.5% in the past year, but is up only 1.9% in the past month, indicating its rally may be slowing.

Still, Pattaya is betting on more tourists arriving in town before Songkran despite making the city as unwelcoming as possible by ripping up the beachfront and major roads across town during the busiest time of year. 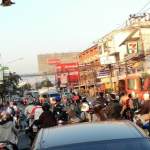 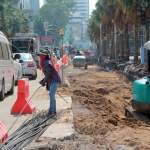 Harvey Weinstein trial: The key players in case that could jail Hollywood...