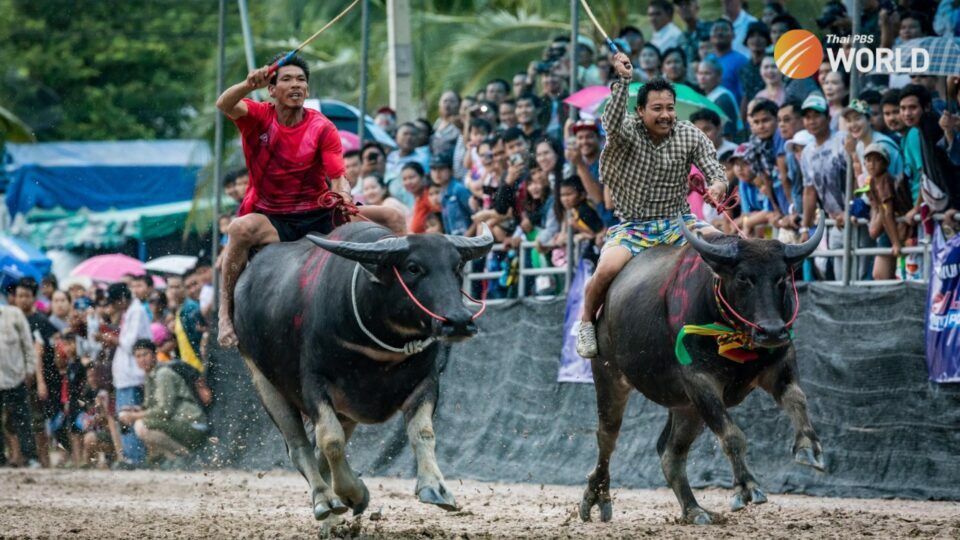 Farmers in Chon Buri, an hour’s drive east of Bangkok, hold an annual buffalo racing festival in early October around the end of the Buddhist Lent to have some fun after a long season of hard work. And you don’t have to be a farmer to enjoy the festive event.

The unique race always draws farmers and visitors to the eastern province to watch the beefy, skinny, old, and young buffaloes compete over a 200-meter-long race track.

The race was called off last year due to the Covid-19 pandemic restrictions, but 2020 saw 90 water buffalos competing for the trophies and cash. Fans of fast buffaloes can expect to see a large number of them on October 9.

Billed as a one-of-a-kind race, the Chon Buri Buffalo Race Festival has been held for over a century.

Like many fun-filled activities in Thailand, buffalo racing began at the temple. Legend has it that the farmers in Chon Buri would transport offerings to temples on wooden carts drawn by buffaloes in order to make merit and celebrate the end of the three-month retreat. After the religious ceremony, it was a time for some fun. The country folks organized buffalo racing to relieve the monotony of working in the rice paddies during the rainy season.

The Chon Buri Buffalo Racing Festival has recently gained in popularity and attention from foreign tourists and international media.

The competition actually starts on October 1 – which is when you can watch the qualifying – but the best day to attend the competition is on Sunday, October 9.

The final round begins with a buffalo parade and fanfare in Chon Buri’s downtown. The real action starts at 10.30 a.m. on the racetrack in front of the Mueang Chon Buri district office.

The races are divided into five categories: extra small (1 year and 6 months old), small (2 years old), medium (3 years old), large (2 years and 6 months old), and open. There will be no pole position so no beast can dominate the race. All buffaloes will be released from the same starting point and sprint along 200-meter dirt and muddy track. The fastest will advance to the next round, while the others will be sent back to the rice paddies.

Weighing around 400 to 900 kilograms, water buffalo have been stereotyped as slow and lumbering beasts.

Perhaps that’s true in the fields but you will be surprised – and terrified – at the beasts’ terrific speed but poor sense of direction at Chon Buri Buffalo Racing Festival. 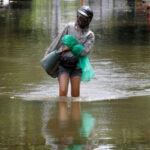