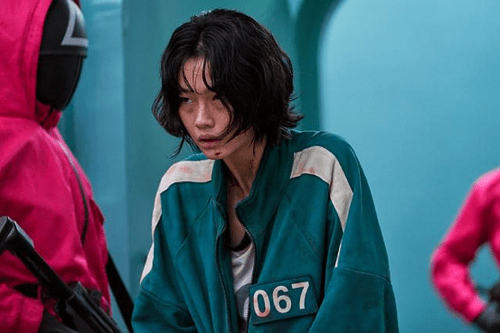 Netflix’s Squid Game is estimated to be worth almost $900million (£654million) for the streaming giant, according to Bloomberg.

The nine-episode thriller, which sees debt-ridden contestants play childhood games with deadly consequences in a bid to win 45.6billion won (£24million), became a global hit when it launched last month.

It also bagged the title of Netflix’s biggest ever show, with a staggering 111million users tuning in to watch it in its first 28 days. By comparison, raunchy period drama Bridgerton, was watched by 82million households in its first month.

Squid Game was relatively cheap to produce too, with the publication reporting that each episode cost around $2.4million (£1.75million).

Speaking of the success, Minyoung Kim, Netflix’s vice president of content for Korea, South East Asia, Australia and New Zealand, perviously told CNN: ‘When we first started investing in Korean series and films in 2015, we knew we wanted to make world-class stories for the core K-content fans across Asia and the world.

‘Today, Squid Game has broken through beyond our wildest dreams.’

Although season two hasn’t been confirmed just yet, series creator Hwang Dong-hyuk is already thinking ahead.

The 50-year-old film director has been tight-lipped about exact storylines but has revealed what topics need addressing if the viral Netflix hit continues.

In an interview with The Hollywood Reporter, Hwang said: ‘There are some other stories in the series that have not been addressed. For example, the story of the police officer and the story of his brother, The Front Man.

‘I could also go into the story of that recruiter in the suit who plays the game of ddakji with Gi-hun and gives him the card in the first episode.’ 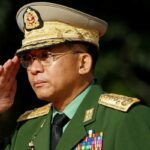 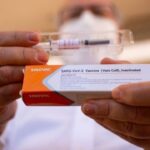