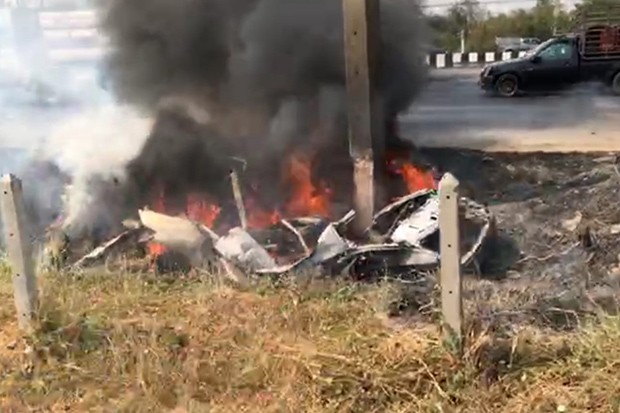 he driver of a small sedan was killed when his vehicle careered across the Phetkasem highway, ran into a power post and burst into flames on Monday, police said.

The accident occurred about 10.40am in front of the Phet  Siam PE Pipes premises in Khao Yoi district.

Eyewitnesses told police the car, a white Phetchaburi-registered Honda, had been travelling at high speed, overtaking many other cars before swerving across the median strip onto the other side of the Phetkasem highway, and crashing into a power post.

The car then went up in flames. The vehicle’s engine was thrown out onto the highway by the violence of the impact. An oncoming car ran into it and was damaged.

Rescuers dowsed the burning car with water and removed the charred body found inside it. The dead driver was later identified as a woman, Panya Kaewpaluek. 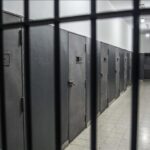 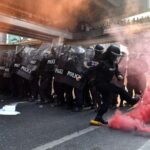