The latest fatalities were “couple in their 40s, who died on September 18” in the central city of Miarinarivo.

Sixteen cases of suspected plague have been identified between August 1 and September 20, of which five were confirmed.

Health Minister Yoel Rantomalala had on Thursday declared that the outbreak was “under control”.

The first fatality was recorded in Fiadanana, 300 kilometres north of the capital Antananarivo, while the second was reported in Ambalavao, in the Indian Ocean island’s interior.

Last year more than 200 people were killed before bubonic and pneumonic plague epidemics were brought under control in November.

On average, 300-600 infections are recorded annually among a population approaching 25 million people, according to UN estimates.

The germ Yersinia pestis can be transmitted to humans from infected rats via fleas. It can also be transmitted human to human through cough droplets from a person with a pneumonic form of the disease. 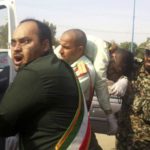