A Mexican restaurant owner in Silom Soi 4, Bangkok, has had enough of a stall selling sex toys and sex aids in front of his store.

He’s complaining that his customers have to push their way past the vibrators and fake Viagra to get to his nachos and tacos.

35-year-old Dechapong Jantharusorn, the owner of Sunrise Taco at the end of Silom Soi 4, says he’s convinced that “people of influence” are behind the stall and says his staff have been threatened.

Dechapong also says he has complained to police but they won’t do anything since the owner of the stall told them he was only renting the premises from him.

That was nonsense, he said, pointing out that he had been a tenant there for nearly 5 years, long before the sex store arrived.

After a temporary crackdown they disappeared but then returned -– and even had inside knowledge about when the crackdown was going to happen. Dechapong says the stall owners are annoying and blocking the front of his restaurant and were now even intimidating his staff when asked to move on.

He went yesterday to the Crime Suppression Division to ask for help and Pol Col Thongchai Yookate promised to investigate. – 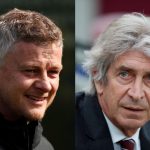 Suspect at large after pregnant Bangkok woman beaten to death