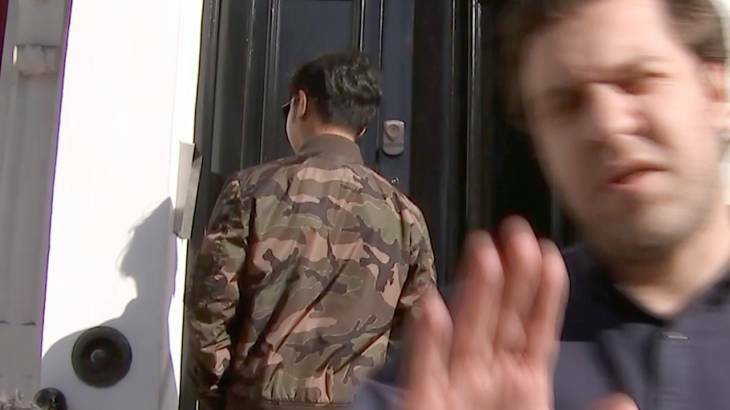 Jet setting fugitive Vorayuth “Boss” Yoovidhya was pictured at an address in London on Wednesday.

The playboy Red Bull heir wanted in connection with the death of a policeman in Bangkok five years ago refused to answer reports questions about whether he would to return to Thailand later this month to face prosecutors.

Thai Rath said that AP reporters also asked him what he was doing in London to which they also got no reply.

His lawyers had told prosecutors in Bangkok last week that he had business to attend to in London and thus did not show for a hearing.

The hearing has been put back to April 27th, the latest of four major delays in the case that has rumbled on for 5 years.

Boss, now 31, was driving his Ferrari when he allegedly hit and dragged Vichian Klanprasert, 47, under the wheels of his car without stopping. He is wanted for alleged negligent driving causing death and fleeing the scene of an accident.

The grandson of the co-founder of the energy drinks empire Red Bull, Boss has been jet setting all over the world in his private plane.

Prosecutors in Bangkok have said that no more excuses for non-attendance will be made on April 27th when a formal warrant for his arrest is expected to be issued. 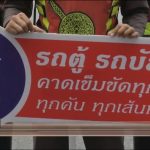 Transport aims to reduce highway fatalities​ by 5% during Songkran festival 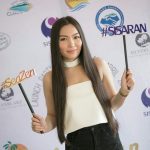