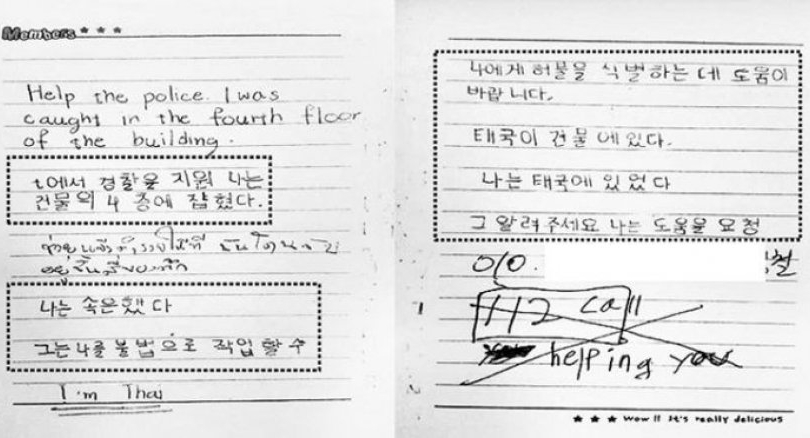 The Thai woman who was forced into prostitution in South Korea and was rescued after sending a call for help through a three-language note left with a convenience store clerk was among 17 Thais rescued May 18, Foreign Ministry spokesman Busadee Santipitaks said on Sunday.

The 17 Thais included 12 women who really worked as masseuses and five who were forced into the sex trade. All of them had received their passports and overdue pay before being sent back to Thailand, she said.

Busadee added that the South Korean authorities were in the process of punishing the massage shop owner and his accomplices.

The case reached the headlines in Thailand after the Korea Times website last week published the story of how the woman slipped a note in the Thai, English and Korean languages -– the last of which she reportedly learned from customers – to a convenience store clerk at 4.30am on May 16. She had visited the shop, in the same building as the brothel, with a gang member.

Police raided the building’s fourth floor on May 18, rescued the woman and four others, and arrested five suspects.

Among suspects was a South Korean man identified only as Lee who allegedly lured the five Thais with high-paid massage job offers and then seized their passports and forced them into prostitution.

While they weren’t paid in their first month of captivity, they were reportedly paid at a rate of Bt1,190 per customer in following months. 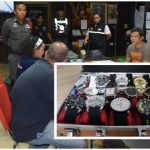 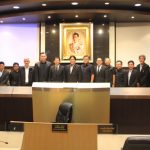