Legal staff handed the documents to royal protection officers at Windsor Palace two weeks ago after being told they could not meet Andrew in person, court papers reveal.

Andrew, 61 – who strongly denies sexual assault allegations, saying he has no recollection of ever meeting Virginia – is understood to be aware of the development.

Mum-of-three Virginia, 38, is suing the Prince claiming she was loaned out to him at 17 by his paedophile pal Jeffrey Epstein and the billionaire’s alleged “recruiter” Ghislaine Maxwell in 2001. Under the Hague Convention,

Virginia’s team must present the papers to Andrew in person.

Mum-of-three Virginia, 38, is suing the Prince claiming she was loaned out to him at 17 ( Image: BBC)

But legal documents lodged in the US claim the summons has been served to the Prince properly under UK law.

If deemed to be the case, he will have until next Friday (Sept 21) to respond to the accusations.

Virginia’s lawyer David Boies has previously confirmed they were trying to serve the lawsuit by hand, adding: “We’ll present a copy of the complaint in a formal way. He is a foreign citizen so we must do this under the Hague Convention.”

Mr Boies has said Andrew “cannot hide behind wealth and palace walls” and must respond to the allegations.

The civil suit’s first hearing will be on September 13 when Virginia’s lawyers must tell the judge if Andrew has the papers.

Andrew, 61 – who strongly denies sexual assault allegations, saying he has no recollection of ever meeting Virginia ( Image: PA)

She accuses him of sexual assault and intentional infliction of emotional distress after allegedly being forced to have sex with him in London, New York and on Epstein’s Caribbean island.

In late 2019, the prince told a BBC Newsnight interview he had never had sex with her, insisting: “It didn’t happen.”

Virginia, now in Australia, wants compensation and punitive damages which could be more than £14million.

If the Prince is not found to have been served by December 7, legal experts warn the case may collapse.

US civil litigation lawyer Spencer Kuvin, who represents several Epstein victims, said Andrew’s team could try to dismiss the allegations on grounds, including diplomatic immunity as he was a trade envoy at the time.

Andrew this week visited the Queen’s Balmoral estate in Scotland, for the second time in a month ( Image: Gett

Andrew this week visited the Queen’s Balmoral estate in Scotland, for the second time in a month.

He was reportedly “going stir crazy” staying in his Royal Lodge house, after choosing not to respond to the lawsuit filed in New York by Virginia, also known as Virginia Roberts.

After travelling to Balmoral with his live-in former wife Sarah Ferguson, 61, on Tuesday another source revealed. the Duke was in a “buoyant” mood, despite facing a “tsunami of s***”. Wow ‘too good to be true’ deals on Facebook, police warn 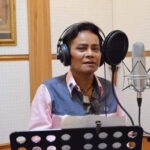 Saengsuree Rungroj, one of Thailand’s most famous luk thung singers, has died