Prime Minister Prayut Chan-o-cha has gone into self-quarantine for 14 days after a business leader he was photographed with in Phuket tested positive for Covid-19 on his return home to Surin, a Government House spokesman said on Tuesday.

The prime minister posed with Veerasak Pisanuwong, chairman of Surin Chamber of Commerce, while in Phuket for the Sandbox opening last Thursday.

Mr Veerasak tested postive after he returned to Surin.

A spokesman said on Monday that the prime minister had entered one-week isolation at his home.

A spokesman said on Tuesday the prime minister is now in 14-days self-quarantine in compliance with Centre for Covid-19 Situation Administration rules for at-risk people.

Gen Prayut would work from his home inside the 1st Infantry Regiment headquarters in Phayathai district.

During the 14 days, he would hold meetings via videoconference and send instructions via telephone and Line app.

After completing quarantine, he would be tested for Covid-19 before returning to work at Government House. 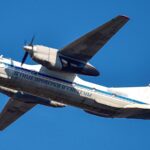 Dozens missing on plane in Russian 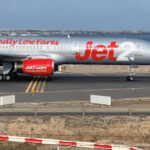 Holidaymakers turned away at airport