An officer from Chalong Police who is investigating the case of a Thai woman, 52, who confessed to killing her German husband, 79, on Monday, said yesterday that he believes that the couple was both mentally unstable.

Lt. Chanat Hongsittichaikul revealed that Johann Friedrich Speckbacher, whose wife confessed to murdering him on Monday night, may have frustrated his wife, Nirandorn Pratumsin, due to his Alzheimer’s condition. “The reason she killed him is most likely related to the fact that Speckbacher had Alzheimer’s. She said he would often repeat things, forget things, and accuse her of stealing, over and over,” Lt. Chanat revealed. However, Lt. Chanat noted that neither spouse was mentally stable. “Nirandorn is not really mentally stable either. She became very frustrated with him during their argument and strangled him,” he said. The officer went on to say that the couple had been together for 20 years, but had been arguing a lot recently though they did not have a history of domestic violence. Nirandorn is in police custody after being charged with murder. Source: Coconuts Bangkok 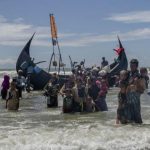 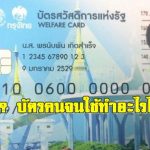