Officers have arrested six suspects in a loan-shark crackdown in Chalong, police said on Tuesday.

At 6.30 on Monday morning, officers raided a house in Chalong after Phuket Provincial Court had issued 21 arrest warrants for six suspects over offences relating to the Excessive Interest Rate Prohibition Act.

Nipon has also been charged with illegal possession of category-5 drugs, as he was found with marijuana during the raid.

Ikea India customer creeped out by caterpillar in food 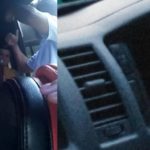 Video: Angry van driver berates tourist who politely asked him to slow down from 130 KPH