Two motorists have died in a road accident on Chalermprakiat Ror 9 bypass, southbound on Wednesday morning.

The Phuket City police found a dead man and woman at the scene, with identification cards naming them as 36-year-old Mipha Tabe-er and 42-year-old Wan Tapiaw. Both are from the Chiang Mai province.

A motorbike was found at the scene. Their bodies were taken to Vachira Phuket Hospital.

The police said they collided with a lamppost and died instantly, adding that they were checking CCTV. 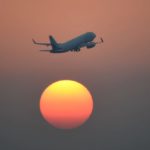