Home » People look unfavourably on long distance, but mine is perfect 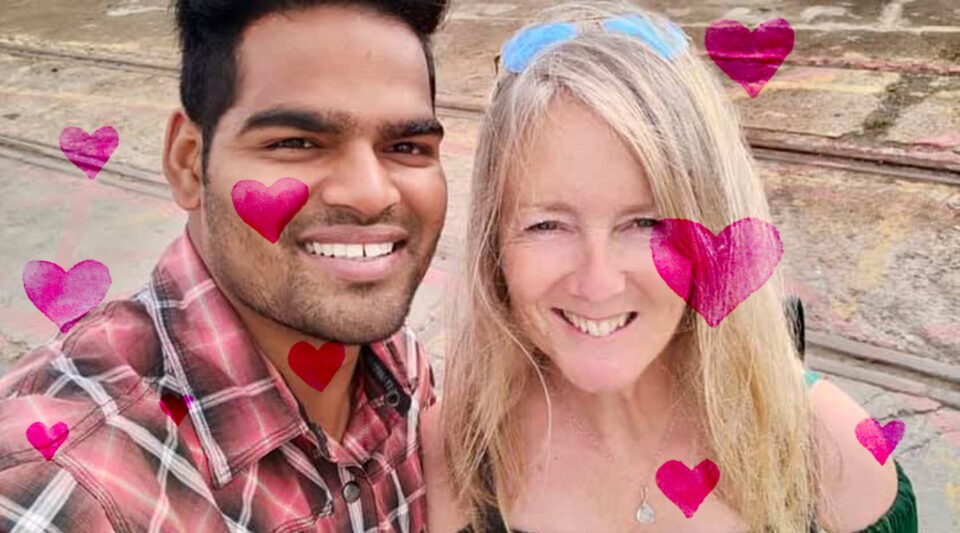 ‘Meet the most handsome man in Goa!’

This is how I was introduced to my now-boyfriend, Shubham, at a bar in South Goa on Boxing Day in 2018.

I had been escaping from the clutches of a drunk British guy, who’d left me for a few minutes to go to the toilet, when a couple beckoned me over to their space at the bar and introduced me to the tall, shaggy-haired man behind it.

He was ridiculously good-looking with a sexy gap-toothed grin and my first thought was that he must be a playboy, used to having a range of international women by his side every season.

But, it transpired through our conversation that he was shy, with a gentle stutter, and lived at home with his parents and four sisters. He taught me to say his name properly: shoo-bam, and told me it meant ‘lucky’ in Sanskrit.

As I realised I was attracted to Shubham, my first thought was to stop myself from going there.

I knew that age-gap relationships were a non-starter, even though they were fun. Society generally has a hard time approving them, especially if the woman is the older party. They are seen as being for short-term fun, not long-term commitment.

Plus, I’d been dating younger men ever since I’d left my husband in 2010 and this holiday in Goa was about me, not men. I was at the peak of a high-flying, stressful job and I had taken three weeks off over Christmas to find some respite.

I had gone with the intention of taking yoga classes and walking on the beach. Alone.

Like many women in their forties and fifties, the big surprise waiting for me post-marriage was younger men waiting to pounce.

The idea of a predatory cougar is a complete myth – it’s the boys who do the stalking.

I once had a guy in his twenties approach me in a club to ask me if I was ‘one of those cougars’.

I found it flattering, but also slightly hilarious that it’s so ubiquitous.

Once you hit 40, these boys come teeming out of every crack in the woodwork, in a way they didn’t when you were their age.

It surprised me, and I loved it – for a while. But I was tired of the rollercoaster by the time I got to India and I wanted to get off.

Later that week, after spending hours chatting to each other over the bar and going on a few beach trips on his Enfield motorbike, Shubham and I realised we had a connection.

I tried to explain to him that there was a problem with the age gap for us; that society – both in India and back in the UK – wouldn’t look kindly on a woman dating someone half her age. None of my friends had taken my previous relationships with younger men seriously, and neither had I, because society generally doesn’t accept that they’re valid.

But Shubham refused to take no for an answer; we shared our first kiss on New Year’s Eve and stayed together that night in my beach hut.

We didn’t have sex, but when I woke up the next day, I saw this young man looking at me in a way I wasn’t used to being looked at. I felt seen, finally, as the woman I was, at the age I was. And it didn’t matter.

When I left Goa three days later, it was like having a limb torn off.

My flight was scheduled for the early morning and I was with Shubham at the bar until the last possible moment.

I felt a wellspring of emotion bubble up inside me and it was unstoppable.

I sobbed all the way to the airport, to the point where the taxi driver shouted, ‘Control yourself, madam!’

The miles between us don’t matter

I knew that Shubham wasn’t a holiday romance, that he was someone very special. I’d never felt emotional about a man before, even my ex-husband.

But there I was, unable to stem the flow from my heart. He is clever and funny – all the things I look for.

But mostly he is kind. He is the sort of man who saves dragonflies from drowning in the sea. It is that quality that sealed the deal for me.

Following multiple trips to India, we’ve now been in a proper long-distance relationship for a year, most of the distance enforced by the pandemic and the fact that he works on a cruise ship for six months of the year.

But the miles between us don’t matter: our connection goes way beyond the physical.

I realised that my other relationships relied on sex as a major driver of them, but with Shubham, our souls are connected.

We speak by video call most days and, while I can’t deny it would be lovely to be next to him in real life, it is enough.

I know that friends and family struggle to accept my relationship as a valid one, and Shubham would say the same; moreso, because his culture is even less accepting of it.

We are in a relationship but we can’t shout about it from the rooftops like other couples.

When we do, on birthdays, for instance, there are ripples of shock and amusement across our social-media accounts.

It’s funny how society looks kindly on a man dating someone half his age, seeming to accept it more readily.

This double standard is typical of a society where men are allowed to be sexually active without judgement and women aren’t.

I don’t like to follow those social rules and I’m more open to questioning the idea of ‘normal’ in relationships.

Back in the UK, during the pandemic, I tried to give Shubham up.

We weren’t yet in a proper relationship so I decided to just gently let him go, taking Covid as a sign from the universe that we weren’t meant to be together after all.

This was for the sake of his life and his relationship with his family – I didn’t want to be the reason he didn’t have children or disappointed his parents. I felt devastated, unable to comprehend how I might feel when I saw him with another woman – probably a young one – but I steeled myself for the inevitable moment. I decided I needed to move on with my life and let Shubham move on with his.

I began dating someone more age-appropriate (he was 48, I was now 52) who unexpectedly asked me out in the summer of 2020.

I went through the motions of accepted coupledom (as much as you could through two lockdowns) but I carried Shubham around in my heart the entire time.

We were still talking intermittently, and his messaging started ramping up once I told him what was happening with the new guy.

‘I just want you to be happy,’ he said, simply and sadly. I was blown away by his calm, mature response and wondered if he was secretly relieved I was moving on.

But what I didn’t know was that on the other side of the world he was heartsick with grief and walking the beach near his home at 4am, crying.

A couple of months later, during one of our calls, he told me that he wished we could be together ‘until our last breath’ and I realised the depth of his feelings.

And suddenly I knew that I couldn’t turn away from mine.

It turned out, in January 2020, that age-appropriate guy only wanted me as a lockdown love interest.

I couldn’t stop thinking about Shubham and the emotion he’d stirred in me, even from thousands of miles away – and so, I finally asked an age-appropriate guy what he thought we were doing and he couldn’t say that we were anything beyond ‘seeing each other’.

I swiftly dumped him and immediately called Shubham.

In that joyful call, we declared our love for each other. We’d skirted around the word until that point but now it couldn’t be held back.

Shubham admitted that he’d been almost broken by my desertion and I told him I’d never stopped thinking about him.

I still can’t believe that I walked away from the person who is clearly my soulmate, all because I was worried about what other people thought.

Shubham has worried about it too – I was his secret girlfriend until only recently and his parents still don’t know about us.

Thankfully his friends just want him to be happy and have seen how miserable he was without me.

My closest friends saw how happy I was from the moment I got back together with Shubham and I think it made them realise how sad I’d been, having to settle for another man who wasn’t into me.

We have only seen each other on six occasions in the last three years, some of them for weeks at a time when I was living in India, some of them for only a few hours when he was able to disembark from his cruise ship in Southampton.

But while I was unable to see Shubham, I used the time to redraft my memoir, Cheat Play Live, and I poured my love for him into the book.

It is the story of how I lost my way, through grief, an unhappy marriage, a stressful job and alcohol addiction, but found myself again on a Goan beach with my soulmate.

When the world opens up again, I will return to Goa and plan an Anglo-Indian future with Shubham.

We had always planned to live six months there and six months here, but the pandemic scuppered our plans.

But we are both patient people and believe that if it’s meant to be, it will happen.

I’m not sure the world will open up to the idea of us being together, but we’re going to do it anyway, because it makes us both happy.

As Shubham always says to me, ‘age is just the number.’ Relationships are more than the number of years you’ve each existed on this planet – they are about the connection between two souls who’ve known all along they were meant to be together. 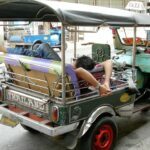