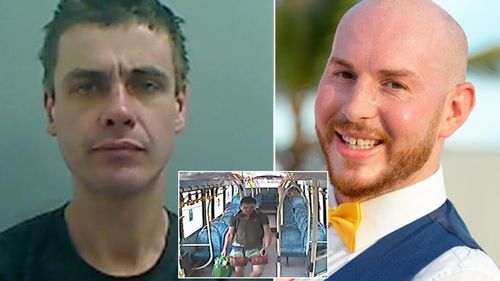 A pedestrian who stabbed a driver to death in front of his son after the motorist performed an emergency stop to avoid him has been jailed.

Alexander Layton murdered James Stokoe, 40, in his BMW while his four-year-old son was strapped in a car seat.

A court heard the little boy has been ‘substantially affected’ and left needing therapy because of the trauma of his father’s murder.

Layton, 34, from Shackleton Close, Thornaby, caused Mr Stokoe to brake sharply as he crossed the busy main road after getting off a bus in Thornaby, Teesside, in May 2020.

Mr Stokoe pulled over to shout at Layton, who walked up to the car and repeatedly stabbed his victim with a 12in kitchen knife he was carrying in his rucksack.

Judge Howard Crowson described Layton’s reaction as ‘disproportionate and unjustified’ as he sentenced him to life in prison on Tuesday.

He told the defendant: ‘Alexander Layton, you have been convicted of the murder of James Stokoe, using a 12in kitchen knife carried by you as an offensive weapon.’

The judge continued: ‘James Stokoe was a happy, successful, proud husband, father and son. He did nothing to justify your attack upon him.’

Judge Crowson said the fatal wound was inflicted with such force that it passed through Mr Stokoe’s thigh and evidence showed that the victim, who was still behind the wheel of his car, was trying to turn away and ‘desperately trying to fend off’ the attack.

The judge said Mr Stokoe was in a ‘vulnerable and defenceless position’ during the attack, which happened during the day in a public street and was witnessed by many people.

He said: ‘In the car seat in the rear of the car was Mr and Mrs Stokoe’s four-year-old son, who has been substantially affected by all he saw and lives in fear of a similar attack.’

CCTV and dashcam footage showed Layton getting off a bus, almost being run over, then stabbing Mr Stokoe, who worked at a local car dealership and was a complete stranger.

The emergency services were called but he bled to death within minutes and died in the back of an ambulance.

Layton fled the scene, dumped the knife, which has not been found, and went camping in Great Ayton, before he was arrested the next night in a pizza shop.

His wife, Alex, described how the murder had affected her and her son.

She said: ‘I cannot possibly describe the impact this has had on me and my family. It’s all-consuming in every aspect and will continue to be so for the rest of my life. I’m living a life sentence.

‘To tell your four-year-old child his daddy’s dead and won’t be coming home… To know your child has seen things no child should ever have to see or hear.’

Mrs Stokoe told Layton of her son: ‘He has needed therapy because of the trauma you have caused.

A child should not be frightened of an open car window in case someone comes and hurts them.’

The court heard that Layton has a number of previous convictions, including violent offences against his own mother, and had suffered recurring mental health issues, including depression and anxiety.

Judge Crowson said Layton would serve a minimum of 23 years, minus time spent on remand, and also passed a concurrent sentence of two-and-a-half years for possessing an offensive weapon. 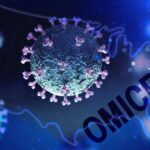 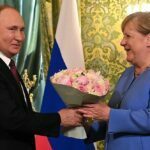