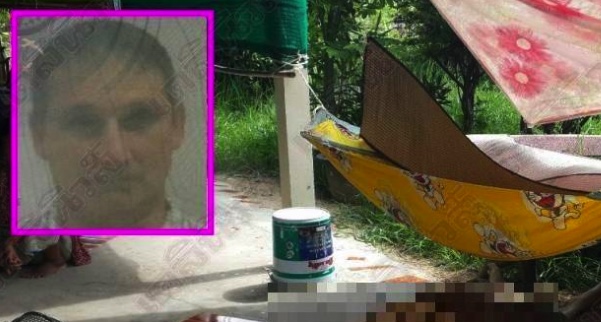 A Surin wife told police she believed that five paracetamol and a glass of orange juice killed her healthy British husband.

Police who arrived at a house in Ban Yayam village in Sikhoraphum district of Surin found 52 year old Neil Curtis sprawled on the ground by a hammock.

He was dressed only in shorts and there were no signs of injury.

He was already dead.

His distraught wife Nattha Bunjan, 45, told investigators that they had lived together for two years tending cattle and growing rice on 15 rai of land.

Her husband had just been to feed grass to the cows yesterday and returned home to have a rest. He complained of a headache and took five paracetamol washed down with some orange juice.

Then he lay down on his hammock. Within moments she said that he fell off the hammock. She ran and tried to raise him up as he beat his chest with his fist saying that he had chest pains.

He passed out dead in her arms almost immediately and she called police.

In tears Nattha told the officers that her husband was a very healthy man who had no illnesses. The last time he saw a doctor was over a year and a half ago.

She blamed the paracetamol and orange juice.

Daily News did not report any other details. 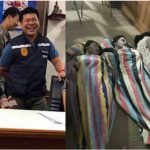 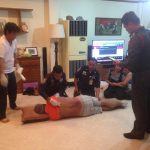 Dutchman dies after being electrocuted at home