Overstaying Visa in Thailand is an offense that the new chief of immigration, who took up his post only weeks ago, promised to tackle.

Yesterday Immigration Bureau acting commissioner Pol Maj Surachate Hakparn ‘Big Joke’ claimed that the number of foreigners overstaying their visas has come down to zero following a series of raids on aliens and criminal suspects.

The campaign is aimed at sweeping out foreigners who have entered the country to commit crime, such as romance scams, credit card fraud and drug smuggling, as well as overstaying.

During the blitz, a total of 3,501 foreigners have been arrested so far in 5,071 locations across the country.

“As a result of the crackdown, the number of overstayers has fallen to zero. Overstayers are deported to their countries and added to an immigration blacklist, which bans them from re-entering the country,” Pol Maj Gen Surachate said. 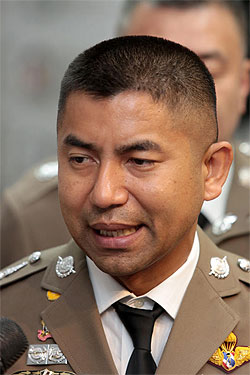 In the latest clampdown on overstayers, authorities arrested a Pakistani national accused of providing shelter to an Indian terrorist suspect involved in the assassination of a former Punjab chief minister.

The police announced the arrest of Khalat Bari, 52, on a charge of overstaying his visa.

He was also accused of sheltering Jagtar Singh Tara — one of the six militants convicted for assassinating Punjab chief minister Beant Singh in 1995.

Mr Tara, along with three convicts, escaped jail by digging up a tunnel in the ground in 2004. Police said Mr Tara entered Thailand in October of 2014 after hiding in Pakistan for several years.

On Jan 5, 2015, police officers and soldiers raided a home in Chon Buri’s Bang Lamung district and arrested Mr Tara. He was later extradited to India.

Officers also apprehended Mr Bari, the owner of the house in Chon Buri in the raid.

Mr Bari was later released on bail before jumping bail and fleeing Thailand.

He was arrested on Monday in front of a bakery shop in Bang Lamung district after police were tipped off that he had returned to Pattaya, which he used as a base to maintain contact with terrorist networks in Pakistan, Afghanistan and Malaysia, Pol Maj Gen Surachate alleged.

Mr Bari allegedly acted as a facilitator in arranging fake travel documents, accommodation, air tickets for terrorist suspects, and transferred money out of the country.

Mr Bari was taken to Pattaya police station for questioning, the officer said.

His capture was one of three high-profile cases in operation X-Ray Outlaw Foreigner.

His arrest followed a request by German authorities that the suspect was wanted by a court in Stade.

He allegedly sold various types of narcotic drugs via mail and used cryptocurrency to pay for the transactions.

His alleged drug dealing was estimated at 17.5 million baht. The suspect was also accused of the theft of a mobile phone and laptop last November in Germany.

According to Thai officials, the suspect was nabbed on Monday near a BTS station in Bangkok’s Klong Toey district.

Immigration records showed that he entered the country on Jan 16 this year at Suvarnabhumi airport and was only allowed to stay until Feb 14.

The other case involved an Ethiopian woman and a Thai national who were arrested during a sting operation at a hotel in Bangkok’s Sukhumvit Soi 3, or Soi Nana, on Monday.

The suspects were identified as Bandon Somjit, 44, a Thai man, and Tigist Ebsa Kejela, 30, from Ethiopia. They were allegedly hired by a prostitution ring involving foreign women.

The authorities searched the hotel and found a total 11 of foreign women allegedly employed as sex workers. Seized from the premises were 23,480 baht in cash and financial documents.

Mr Bandon allegedly told police that he was in charge of the “trade” and would charge customers 3,800 baht each for the service.

Police said the foreign women were from Uzbekistan who entered the country with tourist visas.

Officials from the Social Development and Human Security Ministry were brought in to assist the investigation and they ruled out that these women had been victims of human trafficking.

Police said they would coordinate with staff from Night Life foundation in interviewing the foreign women and making sure they were not trafficked for sex.

According to Pol Maj Gen Surachate, there were more than 100,000 foreigners whose visas expired at the end of 2017.

He added that authorities had also arrested a Korean national convicted in four cases in South Korea after receiving an alert from Interpol in Seoul.

Bong Keun Choi, 45, was nabbed on Wednesday by tourist police and found to be an overstayer 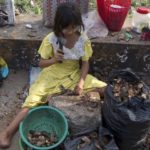 How many starving in Asia? 486 MILLION say UN

Isan man fined for pleasuring himself in public