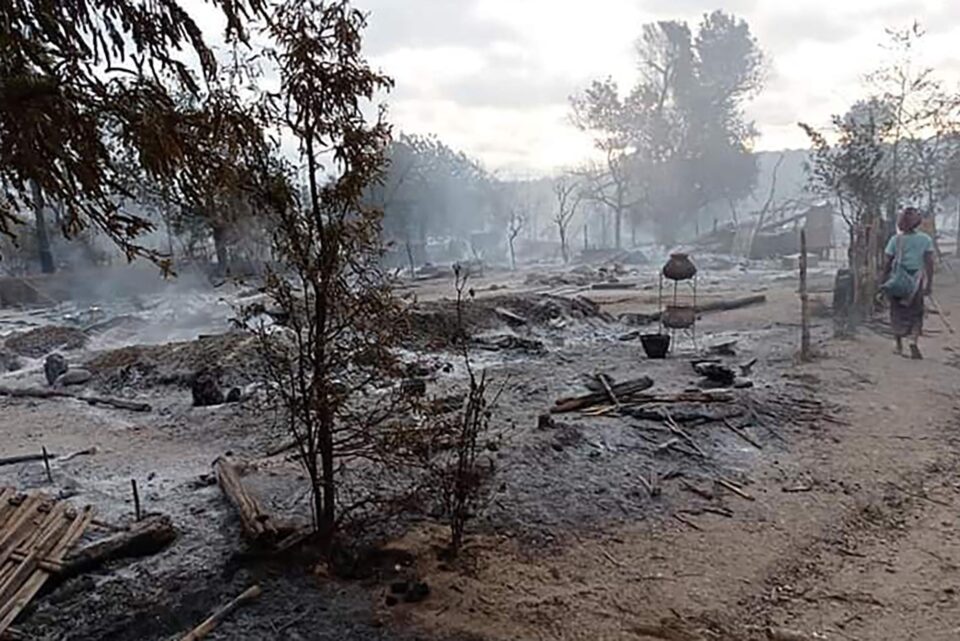 Myanmar government troops raided a small northwestern village, rounding up civilians, binding their hands and then burning them alive in apparent retaliation for an attack on a military convoy, according to witnesses and other reports.

A video of the aftermath of Tuesday’s attack showed the charred bodies of 11 victims, some believed to be teenagers, lying in a circle amid what appeared to be the remains of a hut in Done Taw village in Sagaing region.

Outrage spread as the graphic images were shared on social media over what appeared to be the latest of increasingly brutal military attacks in an attempt to put down stiffening anti-government resistance following the army takeover in February.

Human Rights Watch called Thursday for the international community to ensure that commanders who gave the order are added to targeted sanctions lists, and more broadly, efforts are stepped up to cut off any source of funding to the military.

“Our contacts are saying these were just boys and young people who were villagers who were caught in the wrong place at the wrong time,” a spokeswoman for the group, Manny Maung, said.

She added that similar incidents have been occurring regularly, but that this one happened to be caught on camera.

“This incident is quite brazen, and it happened in an area that was meant to be found, and seen, to scare people,” she said.

The images could not be independently verified, but an account given to The Associated Press by a person who said he was present when they were taken generally matched descriptions of the incident carried by independent Myanmar media.

The government has denied that it had any troops in the area.

The military ouster of the elected government of Aung San Suu Kyi was initially met with nonviolent street protests, but after police and soldiers responded with lethal force, violence escalated as opponents of military rule took up arms in self-defense.

The killings in Done Taw were decried by Myanmar’s underground National Unity Government, which has established itself as the country’s alternative administration in place of the military-installed government.

The organization’s spokesperson, Dr. Sasa, said a military convoy had been hit by a roadside bomb and troops retaliated first by shelling Done Taw, then assaulting the village, rounding up anyone they could capture.

“Sickening scenes reminiscent of the Islamic State terrorist group bore witness to the the military’s escalation of their acts of terror,” he said in a statement.

“The sheer brutality, savagery, and cruelty of these acts shows a new depth of depravity, and proves that despite the pretense of the relative détente seen over the last few months, the junta never had any intention of deescalating their campaign of violence,” said Sasa, who uses one name.

The witness who spoke to the AP said about 50 troops marched into Done Taw village at about 11 a.m. Tuesday, seizing anyone who did not manage to flee.

“They arrested 11 innocent villagers,” said the witness, who described himself as a farmer and an activist and asked to remain anonymous for his own safety,

He added that the captured men were not members of the locally organized People’s Defense Force, which sometimes engages the army in combat.

He said the captives had their hands tied behind them and were set on fire.

He did not give a reason for the soldiers’ assault.

Other witnesses cited in Myanmar media said the victims were members of a defense force, though the witness who spoke to the AP described them as members of a less formally organized village protection group.

In recent months, fighting has been raging in Sagaing and other northwestern areas, where the army has unleashed greater force against the resistance than in urban centers.

U.N. spokesman Stephane Dujarric expressed deep concern at the reports of the “horrific killing of 11 people” and strongly condemned such violence, saying “credible reports indicate that five children were among those people killed.”

Dujarric reminded Myanmar’s military authorities of their obligations under international law to ensure the safety and protection of civilians and called for those responsible “for this heinous act” to be held accountable.

He reiterated the U.N.’s condemnation of violence by Myanmar’s security forces and stressed that this demands a unified international response.

As of Wednesday, he said security forces have killed more than 1,300 unarmed individuals, including more than 75 children, through their use of lethal force or while in their custody since the military takeover on Feb. 1.

The allegations follow Monday’s conviction of Suu Kyi on charges of incitement and violating coronavirus restrictions and sentencing to four years in prison, which was quickly cut in half.

The court’s action was widely criticized as a further effort by military rulers to roll back the democratic gains of recent years.

In New York, the U.N. Security Council on Wednesday expressed “deep concern” at the sentencing of Suu Kyi, ousted President Win Myint and others and reiterated previous calls for the release of all those arbitrarily detained.

“The members of the Security Council once again stressed their continued support for the democratic transition in Myanmar, and underlined the need to uphold democratic institutions and processes, refrain from violence, pursue constructive dialogue and reconciliation in accordance with the will and interests of the people of Myanmar, fully respect human rights and fundamental freedoms and uphold the rule of law,” a council statement said. 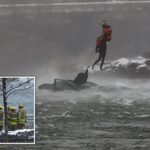