Home » My ex-boyfriend threw acid all over me 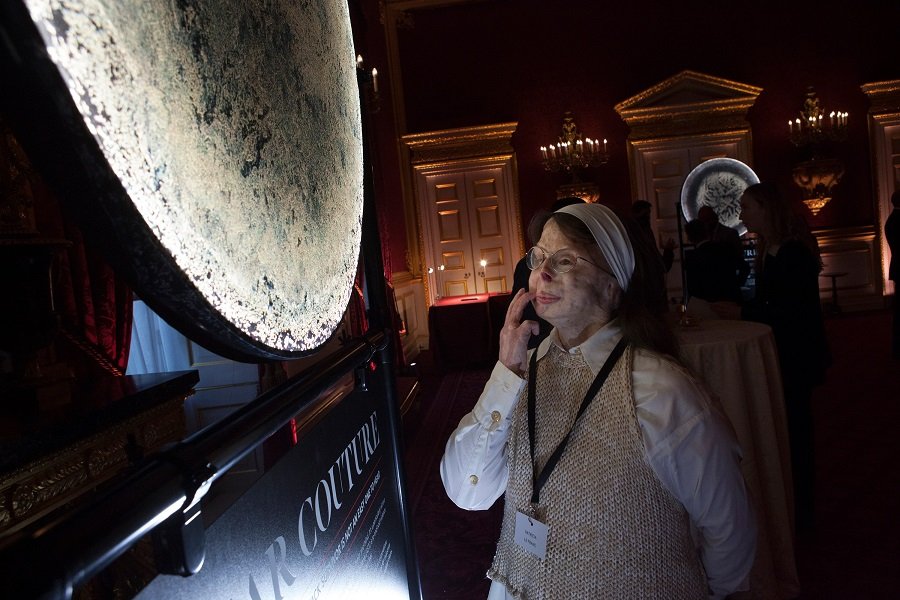 By Patricia Lefranc, Campaigner and activist

The moment I woke up from a three-month coma, I immediately felt angry.

Of course, I was fuming at the man who attacked me by dousing me in acid and severely burning off skin all over my body, but I was also mad at the doctors for keeping me alive.

I really thought my life was over and there was no point living anymore.

Thankfully, my outlook has changed since then and ever since my attack almost 13 years ago, I’ve been fighting for the rights of acid attack survivors.

I have an entry camera on my Belgian home so I answered the speaker and a voice bellowed: ‘Madam, I have a package for you’.

I came down to have a closer look. As soon as I came out of the lift, I recognised him by his long keyring and his build through the window in the door – my ex, Richard.

When I got to the glass door, he opened it and – before I could say or do anything – he threw acid all over me.

The pain was immediately excruciating so I fell to the ground and screamed, while he shook me all over and kicked me. I looked at my right arm and the skin was melting right off, which was absolutely terrifying.

To get away, I called the lift in the building, but then I suddenly changed my mind because I thought I was going to die and I didn’t want to die in the lift.

I wanted to go outside to find help, but my attacker was still there in the lobby. So he took the opportunity to grab me by my long hair, which he rolled around his wrist. He lifted my head and poured acid directly on my face.

The pain was excruciating. I didn’t see Richard at all anymore and I have no idea what happened to him by this point. I really thought that my body had hit its pain threshold and my brain was saying stop.

I knew I had to get out of the building and call for help, then go into a nearby building where my old bosses worked. They are the ones who came to look in the street when they heard me screaming.

They called the ambulance but I honestly thought I was going to die before help arrived.

When I woke up three months later from my coma, my sister was there, as well as my three children. I knew I was safe but when I went to speak, nothing came out because I’d had a tracheotomy.

When I was all alone, I discovered a mirror. Staring back at me was my destroyed face and it was shocking.

I was treated for major burns at the military hospital, where I stayed for nine months. I had a lot of operations at the time – 80 in all. These included multiple skin grafts, the amputation of my ring finger and my left ear, and my left eye had to be removed. I also had operations on my leg because the acid had glued a nerve to my leg bone.

Then I went to another hospital for rehabilitation, to teach me to walk properly. To date, I’ve had 114 operations.

Throughout my recovery, I helped the police with their investigation and I believe they did an extraordinary job.

Richard was charged with attempted murder, and had a trial for his heinous crime. During the trial, my attacker never once looked at me.

He was eventually found guilty and sentenced to 30 years in prison, where he still is today. When the verdict was handed down, I was so relieved that my truth was recognised.

For me, it was important to make him understand what he’d done, and for him to see that I was still alive.

Richard attacked me after I ended the relationship we had for less than a year – even in that time, there was a lot of time apart.

I put a final end to the relationship when he told me that he was accused of murdering a 16-month-old baby in 1988. He actually went to trial a second time after his conviction because of me and was found guilty for the murder of the baby – getting a further 17 years in prison.

Today, I share my story to raise awareness about the issues facing acid attack survivors.

The Acid Survivors Trust International is doing an extraordinary job.

Their new report aims to encourage companies to sign the pledge to work with them to take responsibility for how the acid they use is procured, stored, distributed and most importantly accounted for. The report identifies the good practices that businesses must follow.

The issue is stopping the cheap, easy access and availability of acid.

I think the solution is that people must purchase acid with an identity card. The seller should also notify the police of this type of purchase because it identifies the aggressor faster.

Since my attack, I have created a petition about regulating the sale of sulphuric acid in Belgium. Shops should put bottles of acid in a cabinet under lock and key, so thieves don’t have access to it.

ASTi has been very supportive, and they actually joined me in Parliament in Belgium. Unfortunately, the pandemic has stifled progress on this issue in my country.

I want people to know that I recovered from my attack and that if this happens to you, your life isn’t over.

I wrote my book Vitriolée! about my experience and I give lectures and speak in schools. When ASTi offers me opportunities to participate in events for acid attack survivors, I say yes immediately because I know that this raises more awareness and support for what they are doing, and will make people think.

I continue to hold conferences and participate in events for acid attack survivors. My future is to accept invitations to speak about my experience – I have been to France, Krakow, and was interviewed for Australian television.

Today, my activism and advocacy work keeps me busy – I’ve created a non-profit organisation called New Face, which will be launched soon.

On a personal level, I look forward to seeing my two grandchildren grow up. I’m so thankful to be alive. 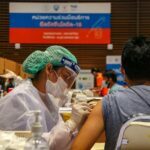 Is it worth getting a second COVID-19 booster? 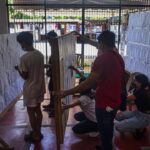 Security forces on alert ahead of Philippine polls