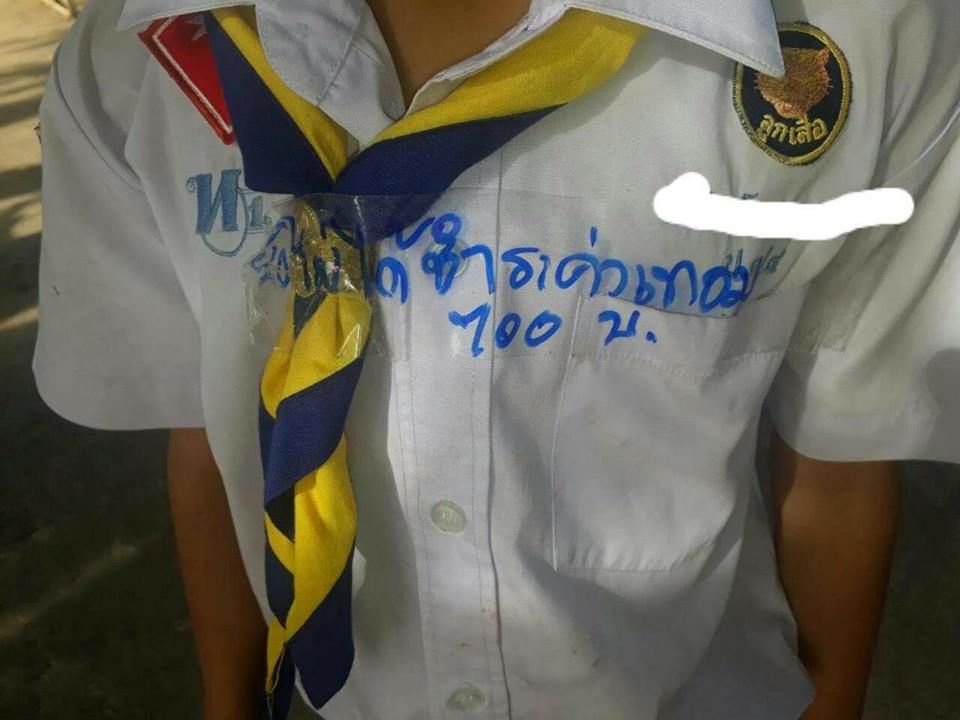 A mother has cried foul after her young son was humiliated by a teacher who put a note on his shirt that he owed Bt700 for the school fee.

The names of the mother, her son and the school are being withheld.

The mother posted a photo of her son wearing the school uniform shirt on a popular Facebook page, Red Skull Phatthalung, late on Thursday night.

She wrote in her post that the teacher used marker pen to write the note and attached it to the boy’s shirt with adhesive tape.

She said his son was teased by friends who later stopped speaking or playing with him.

The mother explained that she had divorced the father of her son, who was supposed to pay the school fee.

“The father did not take any responsibility. He just said, ‘Don’t mind the teacher,’ and that he would later pay the school fee. He has informed the teacher of the late payment. How could he call himself a father?” the mother lamented in the post.

Some posted comments said the action had caused serious emotional damage to the boy. 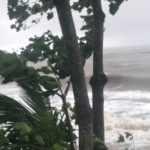