Home » Monster who made raping and abusing his job A MONSTER ex-soldier who raped and sexually abused girls and women in a campaign of terror lasting more than four decades has died after catching Covid in prison.

Evil Dennis Smalley, from Wigan, was jailed for 25 years in March 2016 after he made raping seven teenagers and women and sexually abusing four other girls “his life’s work”.

He was found guilty of 44 charges – 25 rapes, 16 counts of either indecent assault or indecency with a child, two serious sexual offences and assault occasioning actual bodily harm – some dating as far back as the 1970s.

Liverpool Crown Court heard how some of his victims were left “psychologically scarred” by their ordeals.

Smalley attacked one woman shortly after she had given birth, while one of his victims was raped, sexually abused and attacked by him for more than a decade, reports Manchester Evening News.

A senior detective who led the investigation said Smalley left a “trail of destruction” through the lives of his 11 victims.

Speaking after the court sentencing hearing, Detective Constable Claire Hughes said: “I have had the displeasure of dealing with some truly repugnant individuals during my time with Greater Manchester Police, but Dennis Smalley is without doubt one of the worst I have ever encountered.

“The trail of destruction this man wreaked through the lives of so many young girls and women is incredibly difficult, if not impossible, to repair.

“But I hope that in some way they can take some solace from the fact that this monster is now behind bars for the rest of his life.”

An official reports published by the Prisons and Probation Ombudsman has revealed Smalley died in hospital of Covid and pneumonia on March 16 while a prisoner at the high-security HMP Wakefield – nicknamed “Monster Mansion”.

According to the report, Smalley, 70, had not left Wakefield in the weeks before he became ill and ” it appears, therefore, that he caught Covid-19 in prison”.

It adds that serial rapist Smalley followed advice from staff at the prison to shield due to the pandemic last year.

The warped rapist received his first Covid jab on February 25 this year, but tested positive on March 2.

His condition deteriorated and he was taken to hospital on March 11, where he died five days later.

“The clinical reviewer concluded that Mr Smalley’s clinical care at Wakefield was of a good standard and equivalent to that which he could have expected in the community,” the report says.

“We found no non-clinical issues of concern.

“Mr Smalley had not left Wakefield in the weeks before he became ill and it appears, therefore, that he caught Covid-19 in prison.” 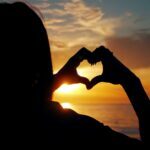 Vote for legalisation of pornographic videos and sex toys