Police are making good progress in arranging restitution of lost money to victims of a call-center gang. Most recently police returned money to four more victims and it is expected that by the end of this month the preparation of all the case files, which number 450 files, will be finished.

Acting deputy commissioner of the Tourist Police, Pol Maj-General Surachet Hakpan together with Pol Gen Thanitsak Teerasawat, special adviser at Royal Thai Police Headquarters, and related agencies this week made an announcement on the progress of legal proceedings concerning the call-center gang that was recently tracked down and arrested.

There are 452 relevant files. So far 200 have been submitted to the prosecuting attorney. The remaining 200 files are expected to be ready for submission by the end of the month and money returned to the victims.

After a center to suppress call-center gangs was established, the number of victims has gradually been reduced. This is because once notifications have been made the officers examine where the money came from, seize it in time and return it to the victims as soon as possible.

The money returned today to four more victims, had already been transferred into the accounts of the perpetrators but the officers were able to identify it and seize the funds in time. The total amount is close to 535 thousand baht. All four victims live in Maha Sarakham Province. So far 18.55 million baht has been returned to 101 victims according to notification statistics from 8th December 2017 to 10th May 2018. 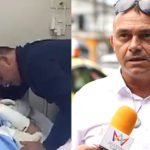