Home » Sex tapes, crystal meth and a near-fatal snowmobile crash – what Baywatch stars did next 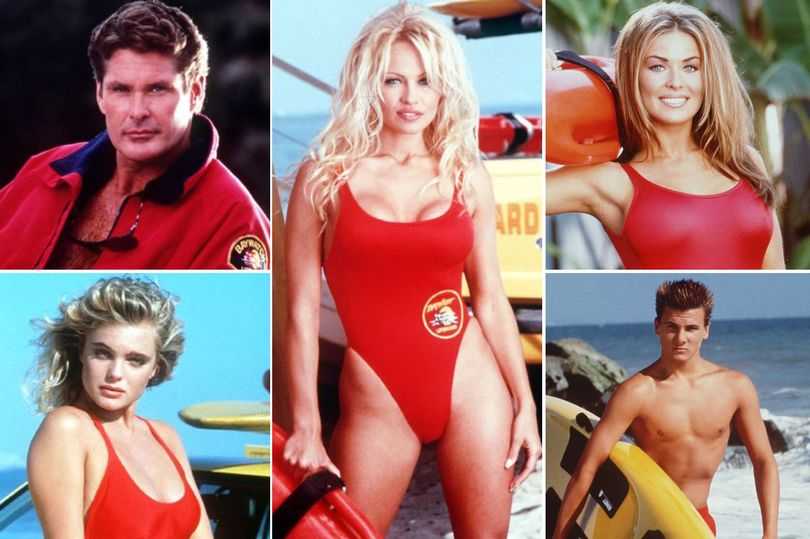 Sex tapes, crystal meth and a near-fatal snowmobile crash – what Baywatch stars did next

The series turned actors Pamela Anderson, David Hasselhoff and Carmen Electra into overnight successes, and at the peak of its popularity, the show was watched by a billion people a week in 140 countries.

Debuting in 1989, Baywatch was on duty over 11 seasons as well as delivering the short-lived spin-off series Baywatch Nights.

But life after the LA coastline hasn’t always been sunshine for the cast, with some plagued by drug abuse, failed marriages and eating disorders. So, what exactly happened to those stunning stars of the 80s and 90s in the years since filming wrapped? Here’s what we know…

There would be no Baywatch without its lead character, Mitch.

When the show was axed, he found jobs hard to find, and often ended up playing himself in films as well as making records. After the show and spin-off Baywatch: Hawaii ended in 2001, he went into partying freefall.

After a bitter split with his wife Pamela Bach, the twice-divorced star bounced back with judge’s roles on Britain’s Got Talent and America’s Got Talent, his Emmy-winning comedy Hoff the Record and a special part in Marvel blockbuster Guardians of The Galaxy Vol 2.

A video of a drunk Hoff trying to eat a cheeseburger was broadcast across the internet and he has been hospitalised several times for alcohol related issues. He has since undergone treatment in rehab.

The Hoff and his two daughters all starred together on their own reality show Meet the Hasselhoffs.

In recent years, the actor appeared in Sharknado 3 and 4 and also had cameos in Guardians of the Galaxy Vo. 2 and the 2017 film Baywatch alongside Zac Efron, The Rock and Priyanka Chopra.

The star tied the knot with his fan Hayley Roberts in 2018 – seven years after the blonde former Debenhams sales assistant approached him for an autograph while he was in Cardiff filming Britain’s Got Talent.

But her private life has hit more headlines than her acting career. After two sons and an infamous sex tape with hubby Tommy Lee; they divorced in 1998.

Her marriage to Kid Rock in 2006 lasted just weeks and a marriage to Rick Salomon was annulled in 2008. She was also engaged to male model Marcus Schenkenberg.

Pamela made a cameo appearance as herself in Borat: Cultural Learnings of America for Make Better Glorious Nation of Kazakhstan in 2006, and a while later she appeared in revamp of The Hills in 2019.

The blonde bombshell also took part in Dancing with the Stars in 2010 and 2012. This inspired her to compete in Dancing on Ice in 2013, as well as CelebrityBig Brother in 2012.

The vegan animal rights activist denied she was broke last year after it was revealed she owed $1 million taxes.

More recently, she starred in French-language mini-series Sur-Vie. When she’s not acting, she’s spending time with her two sons or her boyfriend Adil Rami.

Billy, 58, stayed on the beach for three years and was engaged in real life to co-star Erika Elaniak before they split.

He now acts in American daytime soaps, and has previously appeared in General Hospital, Days of Our Lives, The Young and the Restless, As the World Turns and One Life to Live.

The soap star was married to actress Marcy Walker, but the pair divorced after two years of marriage in 1987.

He then married former Days of Our Lives and As the World Turns co-star Julie Pinson in 2006.

Jeremy was the second actor to play David Hasselhoff’s son Hobie – beating a young Leonardo DiCaprio to the role.

He stayed for eight years and later admitted he’d been addicted to drugs while filming. After being arrested in 2000 and then a long stint in rehab, has now been clean for 10 years.

Jeremy, 39, has also worked as a singer and club promoter.

Jeremy has also promoted and endorsed a premature ejaculation treatment in Australia.

But the actor went on to star in mainly independent films since then.

Jeremy also launched a music career with help from co-star Hasselhoff in the 90s. He went on to host fashion shows for brand Ed Hardy before addiction to crystal meth and then steroids would result in multiple rehab stints and run-ins with police.

In 2015, he took part in Celebrity Big Brother on British TV, but was thrown out of the house after pulling open a fellow contestant’s dressing gown.

He acted inappropriately towards model Chloe Goodman after necking rum and vodka. At the time of the incident, she was comforting him after he’d thrown up in the toilet.

Later, Jeremy said: “I made a mistake and now I’m in boiling water for it.”

According to his Instagram account , Jackson bills himself as a Brazilian Ju-Jitsu champion, recovery coach, actor/entertainer, personal trainer, chef and meditation healer.

The model only appeared for one season, in 1997, but her acting left a lasting impression.

Though she launched her career on the Baywatch shores as Lani McKenzie, Carmen became a fully-fledged star in the years that followed.

The former Prince protegee was a Playboy star before landing the part as Lani, replacing Pamela Anderson.

She appeared in the comedy franchise Scary Movie, as well as the film Starsky and Hutch and the TV series 90210.

The 47-year-old reportedly had a brief romance with X Factor judge Simon Cowell in 2013 and does a lot of charity work for Parkinsons disease.

Carmen recently made cameos on Jane the Virgin and Reno 911!

She dated Friends star Matthew Perry but in 2000, went into rehab for cocaine addiction.

She said: “It was almost like falling in love… it became my boyfriend, my best friend, my family.”

But a year later she was arrested for cocaine possession following a car accident.

After her stint on Baywatch, she went on to star on shows such as Nash Bridges and Titans – however Yasmine has not acted in more than 10 years.

As one of the original stars, Erika played Shauni McClain for three years before quitting. She was famously engaged to Baywatch co-star Billy Warlock, however the pair never tied the knot before breaking up.

After Baywatch, Erika starred in a series of questionable films.

The now 50-year-old previously confessed to battling with eating disorders and was hospitalised for an addiction to laxatives.

After gaining a lot of weight, appeared on the US version of Celebrity Fit Club in 2006 and lost two and half stone.

She’s now a divorced mum of one and lives in Canada with her family.

The blonde beauty played Summer Quinn in the early seasons of Baywatch, one of Pammie’s main sidekicks.

Before she joined the cast, she’d actually had her breast implants reduced as she thought they were too big.

She’s continued to act and was engaged to the late Corey Haim but split because of his drug addiction.

But tragedy struck when Nicole broke three vertebrae in a snowmobile accident.

She suffered depression after a physically abusive relationship with an ex-boyfriend and her dad’s death and piled on the pounds before getting back in shape American reality show Celebrity Fit Club in February in 2010.

After leaving Baywatch, she had a number of small roles in TV and film and appeared on the show Botched in 2015, in a bid to get a breast reduction.

More recently, the 48-year-old has left her career on the screen behind, opting for a simpler life.

She now runs an ice cream business in Los Angeles known as Scoops and cares for her two daughters.

Traci starred as Jordan Tate on Baywatch. After leaving the show in 1998, she went on to appear in The Dream Team and also had a small role sitcom The Jamie Foxx Show.

After leaving the show, she tied the knot will actor Robb Vallier that year, however the pair divorced in 2001.

The bombshell also appeared on reality shows such as Celebrity Big Brother, Fear Factor, The Surreal Life and recently Battle of the Network Stars.

More recently, she appeared in Reno 911! alongside her former co-star Carmen Electra, as well as a short cameo in The Proud Family.

The 52-year-old is currently an avid animal rights activist, after taking a step back from her acting career.

The actress played Stephanie Holden on Baywatch for a whopping 93 episodes, before going on to star on the original Melrose Place.

Alexandra also got involved in a slew of TV movies, including Firequake and Sharknado 4: The 4th Awakens.

An activist for causes including the environment, voting rights and peace issues, she has seen the sight of handcuffs more than a dozen times while protesting.

She is also an avid vegan, and has been driving electric cars since 1990.

Alexandra is also a health coach – taking her expertise to the next level by writing and producing documentaries. 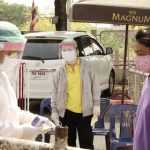 Khon Kaen to sue anyone who conceals infection 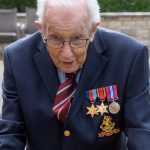