When we say ‘healthy diet’ you likely think of some lean protein and plenty of veg.

Not so for Weam Breiche, who reckons a raw meat diet is the path to ultimate wellbeing.

The health and fitness coach from Los Angeles, US, lives almost entirely off raw meat, often digging into uncooked brains and testicles.

Surprisingly enough, the 31-year-old used to be a vegan – but claims he began to experience health issues, which prompted him to give his diet a major overhaul.

‘I first made the switch to cooked carnivore after my doctor informed me that I had a lot of inflammation in my digestive and nervous system,’ said Weam.

‘As I adopted this diet, I started reading books about the benefits of meat and a lot of carnivore doctors eat their meat raw – so I decided to go for it.

‘I’m reading several books on being carnivore at the moment and there are no complications to this diet.

There’s no scientific evidence to suggest that eating only raw meat is beneficial to wellbeing – but Weam doesn’t care, claiming that being a carnivore can do everything from reversing diabetes to preventing heart disease (again, there’s no evidence to back this up).

‘Using the restroom was a struggle for me, until I started my meat only diet and now my digestion is optimal.

‘Raw meat is the easiest to digest and I don’t care what doctors say, I know what I feel.’

Weam shares his unusual eating habits – which often see him digging into a plate of raw organs as an appetiser – on TikTok, where he’s received a mixed reaction.

‘I get a lot of love from people who want help – especially overweight kids that struggle with confidence.

‘I also get tons of hate, especially from the vegan community, who continuously report my account and threaten to remove it.

‘A lot of people focus on being in shape within the fitness world, but neglect actually being healthy – physically and mentally.’

Currently, Weam’s diet consists of 90% raw meat and he claims not to have experienced any complications so far.

He said: ‘My favourite raw food is my concoction [in the morning] and veal brains. 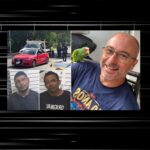 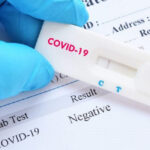