Detectives have released an image of a man they want to trace following the murder of a 19-year-old woman at student accommodation in London.

The Met Police are asking the public for help in finding 22-year-old Maher Maaroufe.

Officers believe he was in a relationship with the victim, who has not been named, and believe they were together on the night she died.

Anyone who sees Maaroufe should not approach him but call 999 immediately.

Police said he is known to travel and has links across London and Cambridgeshire.

Detective Chief Inspector Linda Bradley, who is leading the investigation, said: ‘The woman’s family have been informed and will be supported by specialist officers in the days and months ahead.

My thoughts and that of my team are with them at this terribly difficult time.

‘We believe the victim is a student who was studying at City, University of London.

‘Early indications so far suggest that the victim had been in a relationship with Maaroufe and that they had been together that evening.

‘Urgent enquiries to locate Maaroufe are ongoing and I urge him to attend a police station immediately. Anyone who has information that can help police must do the right thing and please call us now.’

The woman was found with serious injuries at Arbour House in Sebastian Street, Clerkenwell, at about 5am this morning.

Despite the best efforts of paramedics to save her, she died at the scene.

A murder investigation has been launched but there have so far been no arrests and inquiries into the circumstances are ongoing.

‘We are working to ensure the woman’s family have been informed of this tragic news and they will be supported by the Met in the unimaginably difficult days and months ahead.’

‘Arbour House is a student accommodation and I know there will be great sadness and deep concern among the local people and the student community.

‘I share that sadness and concern and I can assure them that a thorough homicide investigation is under way, led by skilled and experienced detectives who will work tirelessly to identify and arrest whoever is responsible.

Police officers, including forensic specialists, remain at the scene. There will also be an additional police presence in the area.

‘If you have any concerns about safety in and around the Clerkenwell area, please speak with those officers,’ Inspector Instone said.

Flowers were left at the scene today while distraught residents filed in and out of the accommodation.

The murder has left students living at Arbour House in shock.

Angelina Miats, 19, from Belarus, a business management student at City University of London who lives in the same building, was woken up at around 8:30am when police knocked on her door.

She said: ‘I feel so scared, I don’t know what to expect because I thought that I was safe in the building but it turns out I’m not.’

Student William Fereyre Guerra, who also lives at the halls, said they were told to stay in their rooms in the early hours of the morning.

‘There’s been a helicopter during the night as well,’ he told the BBC.

‘We were told to stay in the room because they didn’t know if the suspect was still there hiding.’

Arbour House is run by Unite Students, which provides purpose-built student accommodation across the UK.

A City University of London spokesman said: ‘As this is an ongoing police incident, we are unable to comment on their investigation.

‘As a university, we will do everything we can to support our students and staff and we will continue to fully support the police with their investigation.

‘We are working closely with Unite Students, who own and operate Arbour House.’

A Unite Students spokesman added: ‘Our priority at this time is the safety and wellbeing of students at Arbour House.’ 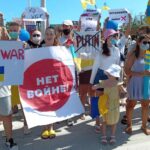 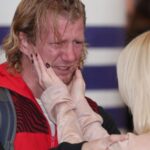 Detained in a squalid, foreign jail, for a crime he did not commit