Lucasfilm president Kathleen Kennedy congratulated Marvel Studios for its success with Avengers: Infinity War. Of course, both blockbusters fall under the Disney umbrella, but Kennedy’s biggest recent success has easily been the revived Star Wars franchise. The Force Awakens hit theaters to appropriately massive fanfare back in Dec. 2015, racking up the biggest opening weekend ever seen at the box office at the time.

Then, along came Infinity War. The latest from the Marvel Cinematic Universe, easily the most anticipated movie event of 2018, set multiple records of its own in its opening weekend, including a new worldwide benchmark of $640 million. It also beat out The Force Awakens’ domestic opening with a new record of $258 million in the U.S. alone. You may think Lucasfilm execs wouldn’t be happy to see TFA knocked off its perch, but publicly, Kennedy was gracious in defeat.Kennedy congratulates Infinity War for “the biggest opening weekend in history” in a handwritten note, accompanied by an image of a lightsaber being handed off to Iron Man in a passing-of-the-torch moment. This comes on the heels of the latest reports on Infinity War’s definitive victory at the box office, which also beat The Force Awakens’ opening weekend record in Canada in addition to the U.S. Kennedy identified herself when signed the note “from Kathy and everyone at Lucasfilm!” screenrant 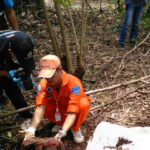