A Kellogg’s factory worker who filmed himself urinating onto a production line has been jailed.

Gregory Stanton, 49, also filmed himself urinating into a bucket and throwing the contents onto the Raisin Bran production line.

Stanton posted the clips online where they went viral before his arrest.

The sickening clips, taken at the factory in Memphis, Tennessee, sparked mass fears consumers had ingested the contaminated cereal.

Stanton posted the footage online in 2016, sparking an investigation led by the police and the Food and Drug administration.

Kellogg’s issued an apology after the footage surfaced, branding the worker, jailed for 10 month, “disgusting”.

“While this behavior was disgusting and criminal, this type of situation is a food-quality issue and does not present a food safety risk.”

Stanton pleaded guilty in November to tampering with consumer products with intent to cause serious injury to the business of any person.

“This defendant betrayed that trust by tampering with and tainting food products.” 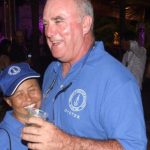