Tomoko Kawashita was murdered a decade ago at Sukhothai Historical Park — and the Thai police still have no idea who did it or why.

The deceased woman’s parents came to Thailand this week to talk to police about why they have not made progress in the case. Tomoko was 25 when she was found in the park with her throat slashed on Nov. 25, 2007. Some of her belongings were missing, which led police to believe it may have been a robbery turned deadly. The Department of Special Investigation (DSI) collected over 300 DNA samples from people that knew Tomoko, but none matched the DNA found on her body which is believed to be from her killer.

Detectives hoped to collect DNA samples from several Japanese nationals, but they would not cooperate, reminding the DSI that they would need to go through the Japanese Embassy to take their DNA samples if they were not already under suspicion. The girl’s parents, of Osaka, met the director-general of the DSI, Pol. Col. Paisit Wongmuang, yesterday. At the meeting, Tomoko’s father, Yasuaki Kawashita, asked the DSI to try to speed up the case. There is already a reward for information that leads to the arrest of the woman’s murderer. A sum of THB1.1 milion has been put up by the DSI (THB500,000), Sukothai police (THB500,000), and the woman’s parents (THB100,000).  Source: Coconuts bangkok 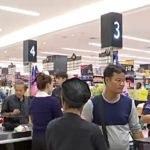 CPI ashieve to the highest in 9 months