Home » Inflation could reach 5.9% – the highest in Thailand for 24 years

Thailand’s inflation for this year is projected to rise from 4.9% to 5.9%, which would be the highest in 24 years. It may peak at 7% during the third quarter, before it starts to fall, in line with increasing domestic output and a global economic slowdown, according to the Siam Commercial Bank.

The bank’s Economic Intelligence Centre (EIC) Chief Economist Somprawin Manprasert, said that the EIC has revised Thailand’s economic growth forecast, from 2.7% to 2.9%, thanks to the tourism economic engine, which is expected to see foreign arrivals increase from 5.7 million to 7.4 million by year end, as a result of the further relaxation of travel restrictions and improved performance of the service sector. Export growth, however, may fall from 6.1% to 5.8%.

He added that the EIC expects the Thai Monetary Policy Committee to increase the benchmark policy rate from 0.5% to 0.75%, to slow inflation and reduce risks to price stability.

As for the baht currency, Dr. Somprawin said that it will continue to weaken until the third quarter, to between 34.5 baht and 35.5 baht to the US dollar, after which it will start to strengthen, while the current account balance will return to a surplus.

Thailand’s economy will continue to recover steadily, thanks to the expansion of the tourism, in place of the export sector, he said, as he warned that the pace of recovery may slow again in the future. 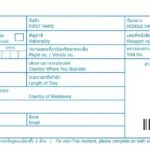 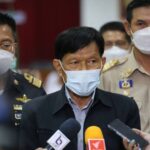