Ostriches on the run as Metro Manila…

Hot on the heels of the German GP, the next is the Hungarian GP. As a racing venue, Hungary has a long history, with its first GP run in 1906, and regular events in Budapest since 1926.  Built with state backing, and laid out in a natural amphitheater, the Hungaroring opened in 1986 and attracted an estimated 200,000 spectators.

Though the event was well organized, and the hosts very appreciative, it was felt that the 4km Hungaroring had been laid out more in the style of a twisty street circuit rather than a bespoke road track.  There were few opportunities for overtaking, though things were eased from 1989 when a tight corner was by-passed and the lap distance became slightly less than 4km.

However, it remains a circuit that is not high on any of the drivers’ lists, unless you are after a piece of quick action behind the pits, as the Hungarian government actually erected (nice word in the sex scene) some mobile brothels a few years ago (sponsored by Viagra?).  I think they are still in use today!

After the British and German GPs, will we get the same sort of racing?  Find out this weekend.

We watch from Fletchers Folly these days, where you will find Kim and Goy Fletcher. It’s located on Siam Country Club Road, opposite Maxxis Tyres and 300 meters before the Mitkamol (Chicken) intersection. We get there early around 7 p.m. and have something to eat and wet the whistle before the racing begins at 8 p.m., while watching the HD channel, which is so much sharper than the others.  Why don’t you join me at around 7 p.m. for a natter and some food and amber liquids and then sit down for the Grand Prix. 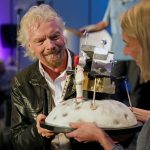 Richard Branson inspired by Apollo, his own space shot soon 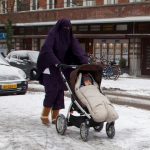 Mark KellyAugust 6, 2020August 5, 2020
Homes have been damaged and destroyed by a storm in 8 villages across Surat Thani...
END_OF_DOCUMENT_TOKEN_TO_BE_REPLACED