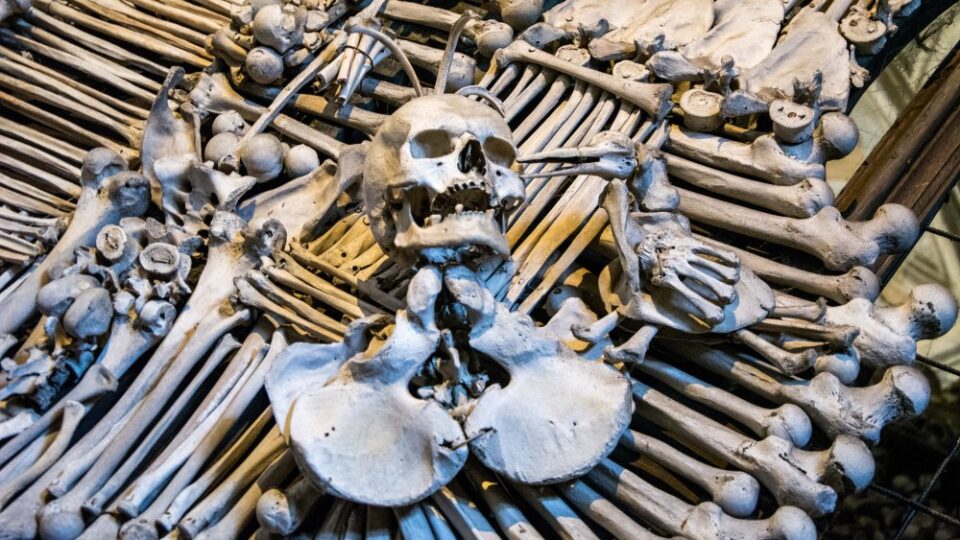 “The church of 40,000 corpses” sounds like the title of a Rob Zombie movie, but it’s actually the BBC’s apt description of the Sedlec Ossuary. Located roughly 50 miles (80 kilometers) east of Prague in the Czech Republic, it houses chalices, ornate wall ornaments, and even a chandelier that are all built from the bones of more than 40,000 skeletons. About 30,000 of those skeletons belonged to people who succumbed to the Black Death during the 14th century. On its own, that’s an ungodly number, even for a church. However, it accounts for just a tiny fraction of the plague’s total death toll.

The BBC says an estimated 25 million people, over a third of Europe’s population, succumbed to the plague. Historian Ole Jørgen Benedictow provides an even higher estimate, writing that “quite likely around 60 percent” of the populace perished — and it was a horrific way to go. People developed “intensely painful buboes” (inflamed lymph nodes) and would vomit or cough copious amounts of blood. Death typically came within two days. Benedictow writes that the plague was unprecedentedly terrible, and argues that contemporary Europeans had actually dubbed it the “terrible death,” not the Black Death: The Latin description of the plague, atra mors, lends itself to two interpretations because ‘atra’ translates to both “black” and “terrible.”

WHAT KILLED THE BLACK DEATH?

Honestly, the true answer to the question could be buried in the Sedlec bone church for all anyone knows … because historians cannot, in fact, tell you how exactly the Black Death died. There are theories worth mentioning, but authoritative sources don’t even fully agree on when the Black Death ended. The Science Museum of London, for instance, says it lasted from 1347 to 1351. Other sources, such as historian Ole Jørgen Benedictow, claim it spanned the years 1346 to 1353. Further complicating matters, while the term “Black Death” refers to this relatively limited interval of time, in reality the plague persisted for centuries, ravaging Europe, Northern Africa, the Middle East, and Asia in uneven waves.

The last major plague outbreak, though, occurred in London between 1665 and 1666. Live Science writes that some historians credit advancements in medicine for stemming the spread of the plague. Notably, during the first wave of the Black Death, societies did begin implementing measures such as quarantining patients and isolating people. Others experts view the issue through an evolutionary lens, claiming that genetic changes in the plague bacterium or its carriers broke the cycle of outbreaks. One thing’s for sure: The Black Death lived on for entirely too long.

THE BLACK DEATH BIRTHS THE QUARANTINE

The Black Death made the heart grow fonder of absence. Per the journal Emerging Infectious Diseases, this period marked the emergence of the quarantine. Back then, the word “quarantine,” which comes from the Italian term for “40” (quaranta), referred to a precautionary measure imposed by European port cities. Incoming ships had to rest at anchor for 40 days before landing. This was distinct from the practice of isolation, which entailed separating sick people from the healthy. With quarantine, seemingly healthy people who were exposed to the plague had to remain sequestered just in case.

Some locales went to great lengths to keep people away from each other. This high-stakes game of keep away sometimes turned the Black Death into a lonely one. As noted by the journal Clinical Infectious Diseases, “in 1374, Viscount Bernabo of Reggio, Italy, declared that every person with plague be taken out of the city into the fields, there to die or to recover.” In 1377, the Council of Ragusa (present-day Dubrovnik, Croatia) required anyone arriving from a plague-riddled region to enter quarantine for 30 to 40 days. Additionally, Tegusa’s top doctor, Jacob of Padua, set up a treatment facility located outside the city for sick residents and outsiders. Via the Science Museum of London, hospitals erected to combat the plague stayed in operation until the 1900s.

A PLAGUE UPON YOUR DNA

The plague never completely kicked the bucket, but it’s a shell of its hellish self. Live Science explains that the present-day plague evolved from a less virulent species of bacteria, Yersinia pseudotuberculosis, which often causes “mild stomach infections.” However, the bacterial strains that brought Europe to the brink of breaking resulted from two mutations. The first alteration cursed the world with Yersinia pestis, which had the capacity to cause pneumonic plague, a nasty lung infection that spread through sneezing or coughing. The second change spawned the bubonic plague that inflamed lymph nodes.

A 2011 DNA analysis of 109 Londoners who died during the Black Death suggests that the bacterial strains responsible for the medieval pandemic went extinct, via Live Science. What changed? Human evolution might have something to do with it. Science Mag cites a 2014 study by Radboud University Nijmegen Medical Center in the Netherlands, researchers concluded that the Black Death forced affected populations to develop immunity. So while groups such as the Roma and Europeans had to adapt their DNA, in India — which didn’t get hit with a plague wave until the 19th century — people lacked those genetic defenses. Interestingly, according to Nature, some scientists believe that genetic resistance to the plague also increased HIV immunity. 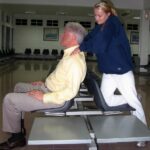