SMS Alert: Immigration Police are going to start sending SMS reminders to foreigners in Chonburi province — including everyone’s favorite party city Pattaya — to make sure that they don’t overstay their visa.

Immigration Police Chief Surachate Hakpan said yesterday that the visa notification will first debut in Chonburi, thanks to the large number of foreigners staying there, and he has assigned the provincial immigration police chief Songprode Sirisukha to implement the service.

The SMS will be sent out 15 days before the visa expiry date in order to prevent tourists and expats from forgetting or “misunderstanding” their length of stay.

One big question, however, remains unanswered. When will this actually kick off?

When contacted by Coconuts this afternoon, an officer at Chonburi Immigration Police, who requested anonymity, said there is no time frame yet set for when the service will be implemented in the province. 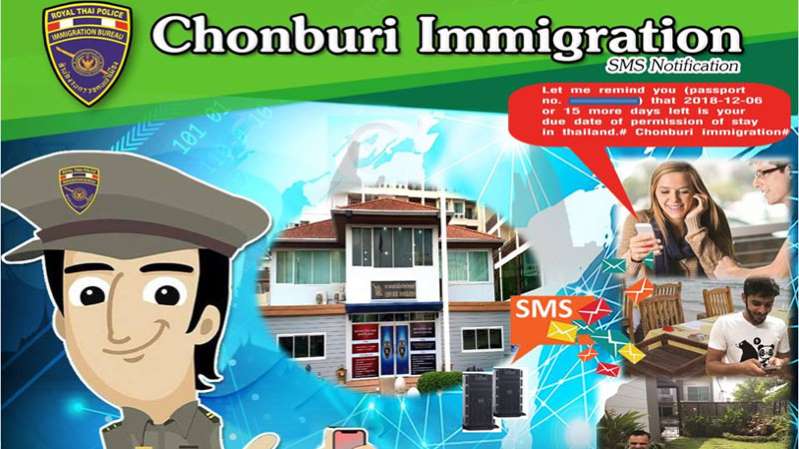 The alerts will only be sent to those who have registered their phone numbers when they applied for a visa or an extension.

The text notification is part of the Immigration Police’s project to decrease the number of overstayers to “zero.”

Surachate said that foreigners who do not sort out their visas and intentionally overstay will face “harsh measures,” including being deported and blacklisted anywhere from 5 to 10 years, depending on their cases.