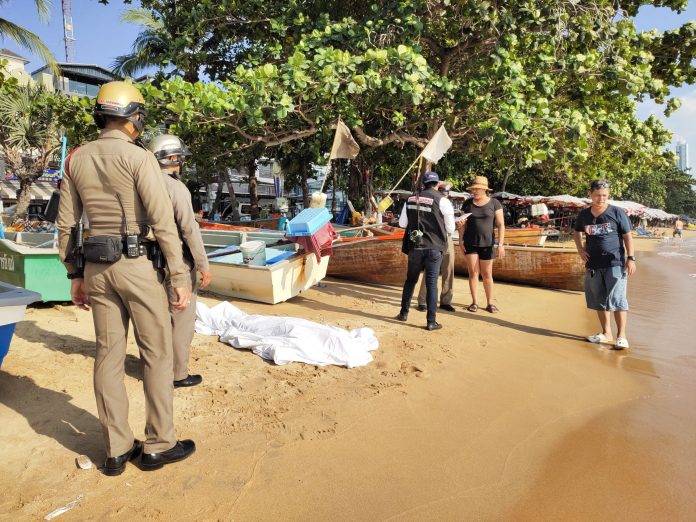 Major Saijai Kamjula of the Pattaya City Police was notified of the incident at 3:00 PM at Jomtien beach near Jomtien Soi 15.

Police, emergency responders and The Pattaya News rushed to the scene. The man was found on the beach and was already deceased, first responders announced.

The man was 64 years old, Police did not identify his nationality, however one source stated the man is a German expat. We have withheld his name pending notification of his family and his embassy. No sign of struggle was found on his body.

32 year old Mr. Sumit Kanjanapiboon who saw the incident told The Pattaya News that the man had parked a pickup truck near the beach.

He went swimming alone before Mr. Suwit saw something floating.

He called for help from boat operators nearby to go out to assist at which point they have pulled his body back to the beach. He had already drowned before they could reach the man.

Na Jomtien police are continuing their investigation to contact his family. 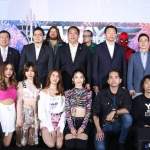 Thai pop stars to rock in 2020 at Pattaya Countdown

Armed German man claiming to be police, shooting weapon in air at home and bringing concealed gun to Walking Street clubs was on an Elite Visa police say