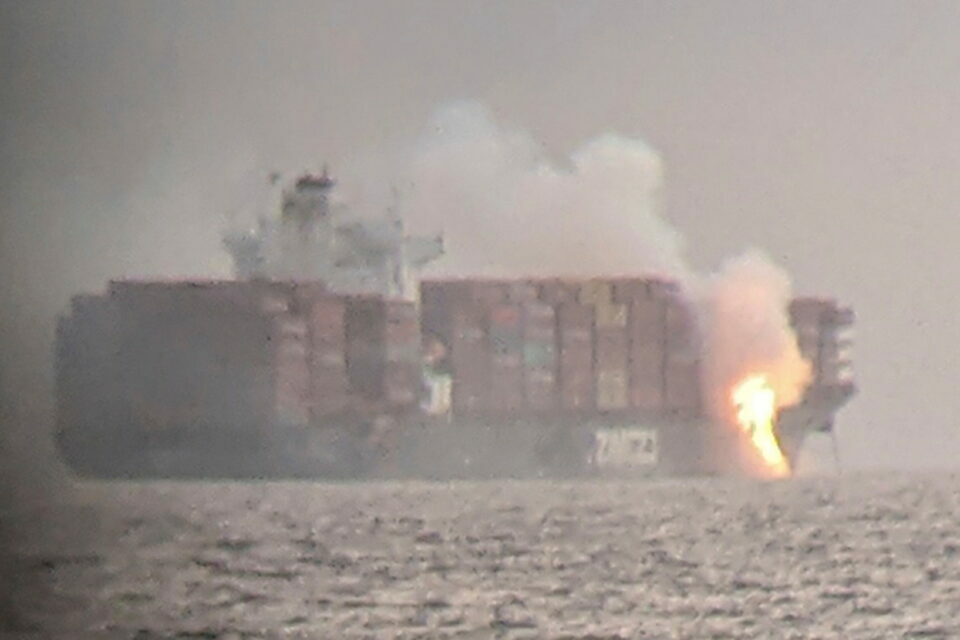 A fire broke out on Saturday on containers on a cargo ship carrying mining chemicals off British Columbia, and the Canadian Coast Guard said it is working with the U.S. Coast Guard to assess the situation, including environmental hazards.

Sixteen crew members have been evacuated from the MV Zim Kingston, while five remained onboard to fight the fire, the Canadian Coast Guard said in a statement on Saturday.

“No injuries were reported,” Danaos Shipping Co, the company that manages the container ship, said in a statement to Reuters on Sunday.

The fire “appears to have been contained,” and a salvage and fire extinguishing agency have been roped in to ensure the safe return of the vessel’s crew, Danaos said.

Ten containers were currently burning, the coast guard had earlier said, adding that the fire continued to spread but the ship itself was not on fire.

Meanwhile, the agency said it was working with its U.S. counterpart to track 40 containers that had fallen overboard, saying they pose a significant risk to mariners.

“Mariners are advised to stay clear of the area. Currently there is no safety risk to people on shore, however the situation will continue to be monitored,” the agency said.

Video obtained by Reuters showed fire cascading down from the deck of the ship into the water.

The Zim Kingston reported on Friday that it had encountered rough weather west of the Strait of Juan de Fuca.

“This is extremely concerning.

The ship and containers are very close to Victoria, BC, and a big storm is forecast to hit tonight.

We … are worried this may be yet another environmental disaster,” said David Boudinot, president of Surfrider Foundation Canada, an environmental organization. 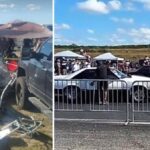