El Chapo, the notorious Mexican ex-drug lord, is now complaining about how he is treated behind bars in the US.

In a seven-page letter, El Chapo, whose real name is Joaquin Archivaldo Guzman Loera, 65, claims that he is being mistreated in an American maximum security prison and that it is taking a toll on his health.

‘Due to the treatment at ADMAX, now I suffer from headaches, memory loss, muscle cramps, stress and depression,’ he wrote in English about the facility in Florence, Colorado.

‘The treatment I receive is cruel and unfair, and it is causing me to suffer from psychological and health problems. I pray that this court intervenes.’

El Chapo, who was found guilty in February 2019 of 10 charges related to drug trafficking and money laundering, is sentenced to life in prison plus 30 years. He was extradited to the US in January 2017.

He wrote that he spends most of his days in a seven-by-12-foot cell with a small window through which he receives his meals.

‘I am ruled out of having any verbal contact or communication with other prisoners,’ he wrote. ‘I have no human contact, other than when the guards put on and take off my shackles.’

He added that since arriving in the US, he has been barred from speak to his wife, Emma Coronel, who is serving a three-year sentence after pleading guilty to helping him run his multibillion-dollar drug ring.

El Chapo said that the solitary confinement has caused his blood pressure to rise and that he experiences headaches, anxiety and memory loss.

Part of that is owed to the ‘extremely hot’ air pushed through the ventilation system four to five times nightly, he said.

‘Every night this causes my heart to start beating rapidly, raising my blood pressure,’ he wrote. ‘I have raised this issue with staff, but no one has done anything.’

El Chapo grumbled that he is served ‘little food’ and is often left hungry. Prison officials enter his cell a few times a week for routine searches and go through all of his belongings, he said.

The former drug lord previously moaned that his pre-trial stay at the Metropolitan Detention Center in New York was ’24-hour torture’.

He appealed his conviction in October, but a court upheld the sentence in January 2022. 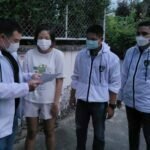 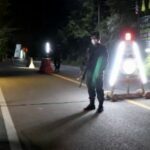