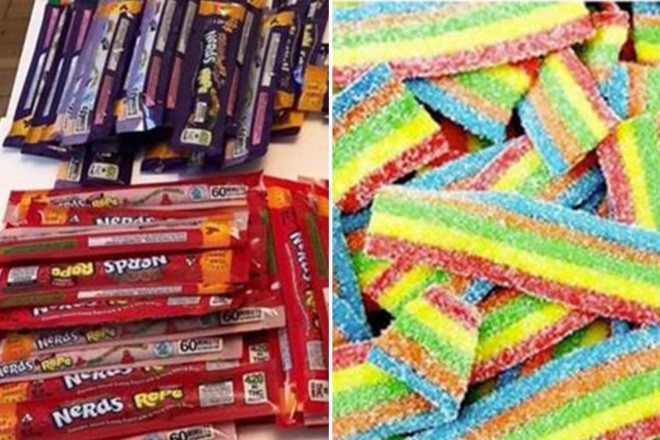 DRUG dealers are using TikTok and Instagram to sell sweets laced with cannabis.

Parents have been warned their kids could receive packages of the “edibles” within 24 hours – and they could have devastating consequences.

The craze has seen hundreds of youngsters rushed to A&E every year with heart palpitations, anxiety attacks, paranoia and hallucinations.

And schools are seeing a mega rise in cases, with the number of children being treated for cannabis poisoning almost tripling in seven years.

Because the drugs are eaten rather than smoked, the effects are much slower and sometimes don’t surface until hours later.

A 12-year-old girl who ate a Nerds sweet – made famous by Roald Dahl’s Charlie And The Chocolate Factory – said she was clueless as to how powerful the “high” would be.

She told The Mirror: “I was completely freaking out, my stomach flipped, my head was spinning. I couldn’t stop crying.

“I was convinced I was going to die and it’s not something I ever want to go through again.”

Her mum added: “Her little heart was racing at a million miles an hour and she kept telling us she couldn’t breathe and had pains in her chest.

“She started vomiting and it was only when we got her to A&E that she started to come back to reality.

“These edibles are designed to appeal to children and must be a gateway drug for kids that would normally be scared to smoke a spliff or take a pill.”

The sweets also often contain ecstasy and spice – nicknamed the “zombie drug” as it leaves users acting like zombies.

But they can cause long term brain damage – and there have been teen suicides in the US.

A 32-year-old teacher from Sheffield said: “We’ve seen really, really talented, bright kids who have had their lives ruined because they’ve seen something on Instagram, been curious and brought something contraband into school.”

The dangerous “treats” are worryingly easy to get hold of.

I was completely freaking out, my stomach flipped, my head was spinning. I couldn’t stop crying.Schoolgirl, 12

Products that look identical to popular sweets like Haribo and Starburst but are infused with cannabis or sometimes harder drugs like MDMA can be bought in just a few clicks.

And the edibles, bought through social media sites, can be delivered right to your door in a matter of hours.

They often sold in bulk, meaning kids are getting hold of dangerous amounts which could get more than 100 children high.

Author Mike Power, an expert on the online drugs market, said the craze has spiralled because they are so easy and cheap to produce.

“They can be made almost anywhere, kitchens, bedrooms, bathrooms, sheds. It’s also lucrative. The profit margins are astounding,” he said.

A total of 130 children were admitted to hospital with cannabis poisoning in 2012 to 2013 in England and Wales.

And in the last 10 years, the number of kids hospitalised for drug-related mental health issues more than doubled from 344 to 868.

Earlier this year, a 15-year-old boy was rushed to hospital after eating jelly sweets believed to be laced with cannabis near Guildford, Surrey.

Jess Clayton, West Yorkshire Police’s drugs coordinator, said: “Cannabis edibles appear to be imported but they are also being made by individuals across the UK who are creating their own makeshift labs and packaging.

“Children are ordering edibles through social media apps, receiving them in the post, and through friends.

“There does seem to be an increasing trend in the use of cannabis edibles over the last year and the THC [the psychoactive compound which sparks a feeling of being high] within them has been found to be very high.”

TikTok added: “We do not allow the trade of drugs and the account in question has now been removed.”

A spokesperson for Instagram said: “We use a mix of technology and human review to remove content and accounts as quickly as possible.

“We work with law ­enforcement and youth organisations to help support our community and keep drug sales off our apps.” 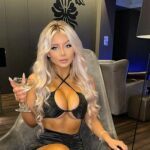 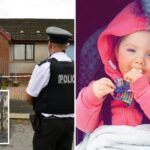 Man, 32, quizzed by cops on suspicion of baby murder