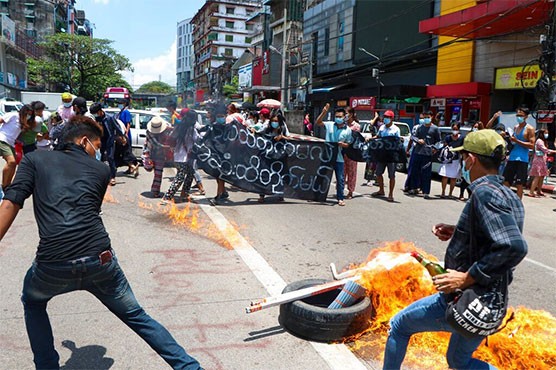 Myanmar has been in chaos since the February putsch, as the military uses lethal force to crack down on dissent.

The civilian death toll has climbed to at least 815 people, according to a local monitoring group.https://ecd66219cdda8d0dda2c399d6f6ac8da.safeframe.googlesyndication.com/safeframe/1-0-38/html/container.html

The violence has pushed some in the anti-junta movement to form a so-called “People’s Defence Force” (PDF) in their own townships — made up of civilians who fight back against security forces with homemade weapons.

There were clashes in eastern Myanmar over the weekend, particularly in Kayah state’s Demoso town, and in neighbouring Shan state.

“But I am also worried because we have seen air strikes and tanks today. They have much better weapons than us.”

He said the Myanmar military had launched helicopter air strikes in the evening at Demoso, a town in Kayah state about 40 kilometres south.

Another civilian fighter at Demoso said at least 13 Myanmar soldiers had been killed Sunday, while four of his men were wounded.

“We intended to seize their police station, but they used air strikes and we could not stop their reinforcement trucks getting into the town,” he said.

“We had to withdraw our troops from fighting.”

The fighting continued through Sunday night, according to a senior leader of the Karenni National Progressive Party — an ethnic armed group with a stronghold in Kayah state.

He confirmed that the military was using tanks, helicopters and mortar attacks in Demoso and Loikaw, the capital of Kayah state.

In a snippet released Sunday, he offered reassurances to Chinese investors after a spate of arson attacks at factories in the commercial capital Rangoon.

“Our citizens don’t hate China,” he said. “It happened for political reasons.”

Suu Kyi has not been seen in public since she was placed under house arrest.

She has been hit with a string of criminal charges including flouting coronavirus restrictions during last year’s election campaign and possessing unlicensed walkie-talkies.

Suu Kyi is expected to appear in person in court on Monday for the first time, after weeks of delays to her legal case. 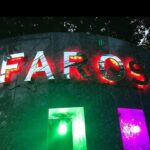 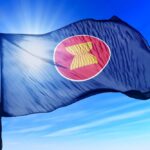