Home » DIY Woman, 74 ‘beat lover over the head with hammer for leaving the TV on 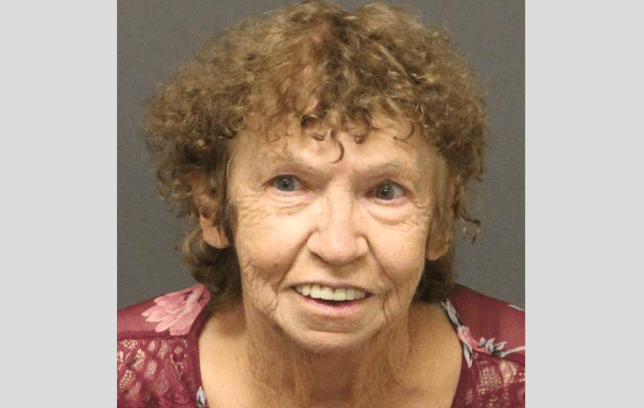 A 74 year-old woman hit her boyfriend over the head with a hammer and pulled a gun on him for leaving the TV on, police say. Marilyn Kepler is accused of attacking her unnamed partner with the DIY tool at their home in Bullhead City, Arizona, on Monday.

Kepler is then said to have threatened the man with a gun while driving him to hospital for treatment to his hammer-inflicted injuries.

She is accused of putting bleach in the man’s coffee to try and poison him. Emily Fromelt, from Bullhead City Police said: ‘(The victim)told medical staff that he woke up to Kepler hitting him in the head with a weapon at their residence in Bullhead City.’

Recalling what happened in the car to the hospital, Fromelt continued: ‘

The victim reported he was able to wrestle the gun away and get out of the vehicle. Kepler then drove away.’

Several people who were driving by saw the elderly man, and took him to the hospital for treatment.

Kepler was subsequently arrested, and is said to have told police that she was ‘upset’ with her boyfriend ‘because he had left the television on during the night and she couldn’t sleep.’

During a police interview, the victim told detectives that Kepler was regularly verbally abusive towards him. Fromelt said Kepler herself had previously accused her partner of domestic violence.

She accused him of throwing her to the ground last March.

The alleged shove did not leave Kepler injured, and she did not press charges.

Kepler is accused of aggravated assault and domestic violence, and was still in Mohave County Detention Center on Friday afternoon. 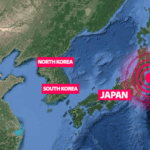 7.1 earthquake hits coast of Japan and shakes buildings in Tokyo 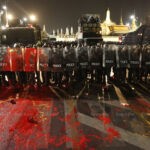 Face off for Police and protesters