Home » Deportation – Thailand not alone in throwing out Visa Over-stayers

Deportation: More than 10,000 Thais have been arrested and deported from South Korea for overstaying their visa during the first nine months of this year, the Thai labour attache in Seoul has reported.

Pinyuda Chaemchan, the labour attache to the Thai embassy in Seoul, updated the figures after she was briefed on the latest situation by the South Korean Immigration Office.

During the meeting, she was informed that up to September, there are 192,163 Thais living in South Korea and up to 128,520 of them were overstaying their visa.

Apart from the 10,337 who had been arrested and deported, 13,297 Thais reported to Korean officials to voluntarily return to Thailand.

Pinyuda said she was informed that there are 25,046 Thai workers in South Korea and 3,420 are illegal immigrants.

Assisted Suicide – Euthanasia, should it be allowed? 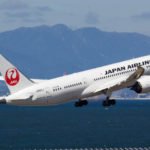