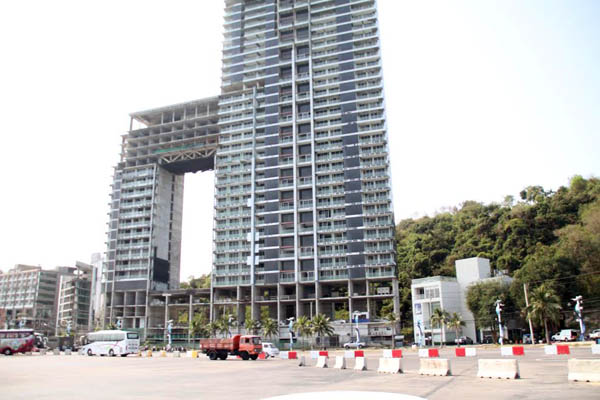 The Pattaya City Council is pushing for action against the abandoned Waterfront luxury condo after it has been left as an eyesore for many years along the Bali Hai Pier.

The Waterfront Suites and Residence is a half-finished 53 story condominium project that was stalled in 2014 after safety inspectors discovered that the building’s fire escapes and elevator systems designs varied from the already approved construction designs.

Thai Engineering, however, allegedly ignored the stop-work order and continued, but the company says it was not informed from the developers to stop.

But after complaints about the condo went viral online due to it obstructing the picturesque views of the area, the former mayor stepped in.

Then the condo’s Israeli-owned Bali Hai company, due to complaints about the condo’s obstruction of the natural landscape and land permit issues, filed a petition with the Central Bankruptcy Court in Bangkok for debt restructuring which subsequently failed as the company went bankrupt.

The Pattaya Court has ordered for the condo to be legitimately demolished but due to legal proceedings against the company dragging along, the condo continues to sit abandoned.

Now, the authorities are still trying to get estimates from 11 different companies to outsource the demolition which is contributing to the delay.

But the Pattaya City Council chairman says that law firms should take control and use photographs and other documents before collecting the evidence to speed up the process.

Regardless, the demolition of the condo is in limbo as pending lawsuits are preventing it from moving forward. 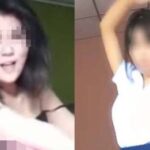 Schoolgirls and the drinking culture 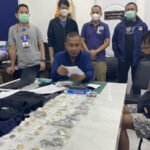