A man who was falsely arrested and jailed for drug possession will likely receive compensation from the Justice Fund, the Justice Ministry’s Deputy Permanent Secretary Tawatchai Thaikyo said on Friday.

Pichit Cherdtham, 36, was arrested in Phathum Thani on April 28 this year for alleged drug possession after 52,000 methamphetamine pills were found in his pickup truck.

Pichit’s arrest came after his boss, known only as Somsak, ordered him to take 80 boxes of oranges to a dump site.

The drugs was found by chance after a woman named Pornthip asked to buy the oranges.

However, Pichit and Pornthip found a pack of drugs and took a video clip and called police. But when police arrived they accused Pichit of drug possession and arrested him.

Pichit’s wife, Kanyakorn Chonpitak, and her lawyer asked for help from authorities a few days ago. Kanyakorn, who insisted her husband was innocent, took her two children to protest in the middle of a street in front of Klong Luang district police station.

National Police Commissioner General Chakthip Chaijinda ordered a re-examination of the case and found that police had no solid evidence to back up their allegation.

Police later asked the provincial court to release Pichit from jail on May 28, according to his lawyer Worakorn Pongtanakorn.

Tawatchai said that Pichit would likely qualify for compensation of about Bt800 per day from the Justice Fund for false imprisonment and loss of wages, although the case will have to be considered.

“The Justice Fund has to wait for the inquiry report from the police within 7-15 days. Pichit can sue the police investigation team if he wants. But if he doesn’t have much money to hire a lawyer, he can ask us for help from the fund for that,” said Tawatchai. 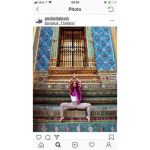 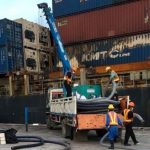