A steady stream of people are visiting a new landmark “Nang Non Base Camp” aka the Bamboo Condo in the Chiang Rai’s Mae Sai district bordering the Doi Nang Non mountain range.

The structure, known as “Nang Non Base Camp” in the Mae Sai district, offers free admission to visitors who can also buy meals and beverages at the site, Kwannarong Kwamuang, the creator of structure, said.

Known locally as Bamboo Condo, “Nang Non Base Camp” was built using bamboo stalks bound together with ropes, without the use of any metal or nails.

The completely bamboo structure stands 20 meters tall and is said to be strengthened with bamboo pillars from floor to ceiling to support the weight of visitors.

It offers a 360-degree view of Doi Nang Non, which includes Chiang Rai‘s Tham Luang cave where 13 young footballers were stranded and rescued in a dramatic mission last year is located.

Kwannarong recalled that he had joined the search effort for the trapped footballers, as he was familiar with the way around Tham Luang, until the mission was accomplished.

After that incident, he saw many more visitors coming to Chiang Rai’s Mae Sai district to see the cave and the adjacent Morakhot Pond so he thought of creating a new “check-in” point for photo opportunities.

He decided to built “Nang Non Base Camp” a  four-storey bamboo structure to offer a panoramic view of the scenic location.

Doi Nang Non mountain range consists of a long tract that lies on the west side of the highway between Chiang Rai and Mae Sai.

The greater part of the range is in Mae Sai District, extending west and southwest of Pong Pha along the border with Myanmar.

The mountain range is an unusual land feature when seen from certain angles as its silhouette takes the shape of a reclining woman with long hair.

Its highest point is Doi Tung, which corresponds to the belly of the lady 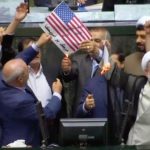