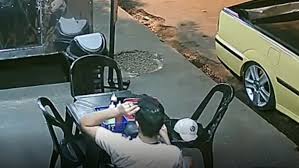 Finding a hair in your takeout food can be pretty gross to say the least, especially given the current circumstances – it’s enough grounds for a refund.

This was the consideration of a customer over in Brazil who was caught sneakily plucking one of his own hairs and planting it in his hotdog to get a free replacement.

His scheme might have just worked, if it weren’t for the fact that a) the server is bald and b) CCTV caught his every move. Busted.

According to local newspaper Globo, on 11 August the suspected scammer used the hair ploy to get away with not paying at the snack bar in the town of Mandaguaçu in the southern Brazilian state of Parana.

However, the fast-food stall owner – Jeferson de Lima – was baffled as to how a rogue hair managed to make its way into the customer’s food given the fact that he is bald.

Lima said he was too busy at the time to look into the matter more carefully, even though most of the original hotdog had been eaten before the hair was discovered, and so offered up a fresh snack free of charge. 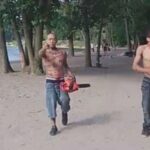 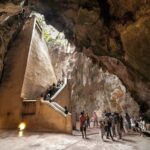