Home » Burnley 0 Manchester City 1: Pep Screams – Get It In The Corner!

Nitty Gritty Burnley Rattle Manchester City As Pep Screams For His Superstars To Hold It Up In The Corner! Match Highlights. Player Ratings. Manager Comments, And Stats.

When it comes to ‘Nitty Gritty’ it’s not something you think about with Manchester City who are normally in cruise control as they blow teams away.

Whereas Burnley, and Sean Dyche, put the ‘N’ in Nitty and ‘G’ in Gritty. But Sean’s happy as his battling Burnley side, despite losing and not even winning a corner, forced City into Nitty and Gritty!

Sergio Agüero scored the all-important goal in the 63rd minute of this game after Burnley had battled in a typical Burnley way. They put their bodies on the line as City relentlessly pressed forward and, if City found a gap, Tom Heaton stood firm behind his teammates.

With Pep Guardiola, ready to send on Gabriel Jesus to support Agüero, and not replace him. Kun Agüero, as he so often does, stood up to the plate.

As the ball, bobbled around Burnley’s box as it had so often in this game, Agüero took control. At first, he missed his shot, which might have thrown Heaton, but then he wrapped his foot around it and finally beat flying defenders bodies and Heaton. Matthew Lowton, on the line, cleared but the ball had crossed by the smallest margin. 25.3 millimetres to be exact.

By the end of the game, Manchester City had four central defenders on the pitch with Pep, like most managers winning 1-0 with a few minutes to go, bellowing instructions for this team to keep the ball in the corner. Something that pleased Dyche and exactly the same tactics he’s employed many times!

Man of the match: Sergio Aguero 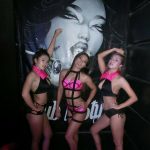