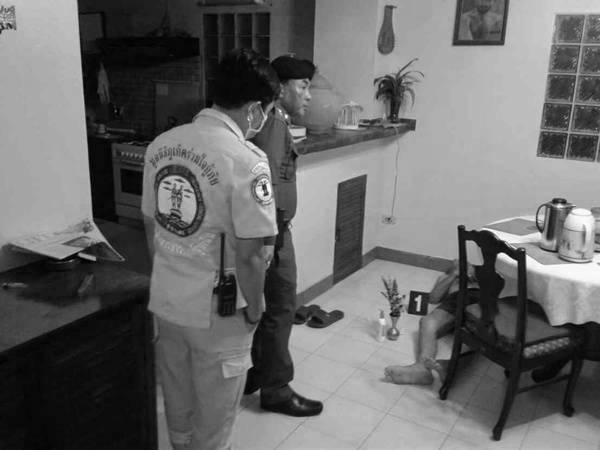 Phuket: a 78-year-old German retiree was strangled to death by his 52-year-old Thai wife during an argument in which she accused him of having another woman escalated.

At 22:13 on Tuesday, September 25, a woman in her early 50s entered Chalong Provincial Police Station and went straight to one of the police officers sitting behind their tables. “I’ve killed my husband,” she said according to Pol Lt Chanad Hongsitichaigun, a deputy investigator assigned to the case. “I killed him with a rope around his neck. His body is still in the house.” The woman, who police identified as Nirandon Bratumsin, 52, turned out to be the husband of Johann Friedrich Speckbacher, a 78-year-old retiree from Germany who had been living in Thailand for several years. The married couple had been living in a rented house near the Baan Khun Yui hotel in Phuket’s Chalong subdistrict.

When police and Phuket Ruam Jai Rescue volunteers entered the house at 9/82 Moo 4, it did not take long for them to find the body of Mr. Speckbacher. “He was lying on the floor next to the dining table in a separate area close to the kitchen,” Pol Lt Chanad revealed to reporters. A closer look at the dead man, who was only wearing black shorts, showed marks of strangulation around his neck. However, no signs of a fight were visible to investigators during their inspection of the scene. “It was just like Mrs. Nirandon had told us,” Pol Lt Chanad said.

According to an initial police report, Mrs. Nirandon and Mr. Speckbacher were sitting at the table at around 19:00 and arguing fiercely. Mrs. Nirandon was accusing her husband of having another woman, the report wrote. The argument then turned into a fight. “Mrs. Nirandon told us that, at one point, she lost control over her herself. She said she became tremendously furious, stood up, grabbed a rope and strangulated Mr. Speckbacher until he stopped moving,” Pol Lt Chanad confirmed. “She said that she was not thinking clearly when she committed the crime.”

The report did not mention why it took Mrs. Nirandon three hours to travel the 4 to 5 kilometers from her home to Chalong Provincial Police Station to turn herself in was not mentioned in the report. Police said that they are still in the process of gathering information but already have pressed charges against Mrs. Nirandon. “We are continuing the investigation and have charged Mrs. Nirandon with murder and hold her in custody,” Pol Lt Chanad confirmed. Source: Farang Death

Coming home to a shipping container