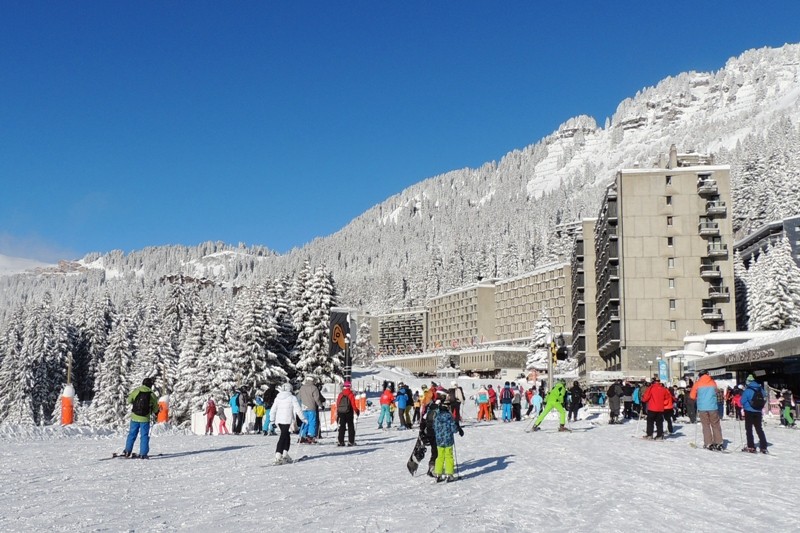 A five-year-old British girl has been killed in a horrific incident on a ski slope in the French Alps.

The little girl was in a lesson in the resort of Flaine when another skier careered into her.

She was ‘violently hit at high speed’ and flown to hospital, but tragically died in the helicopter on the way.

The skier involved, a volunteer firefighter, was said to be ‘in a state of significant shock’ at the scene.

He gave the child first aid, while a doctor also rushed to the site.

A man, 40, has been taken into custody and an investigation opened for manslaughter.

The little girl lived in Geneva with her ex-pat British family who have a holiday home in Les Carroz.

She was alongside four other children in a ski lesson run by the national ski school, Ecole du Ski Français (ESF).

The crash took place on the Serpentine ski run which is classified as ‘blue’ – an easy slope.

A prosecutor overseeing the investigation said: ‘The child was in a single file behind the group and was about to make a right turn when she was very violently hit by the skier arriving at high speed who tried in vain to avoid her.’

The manslaughter probe was opened due to alleged ‘violation of an obligation of safety and prudence’.

An autopsy will be performed tomorrow to determine the cause of death. 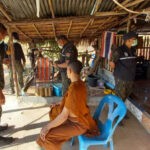