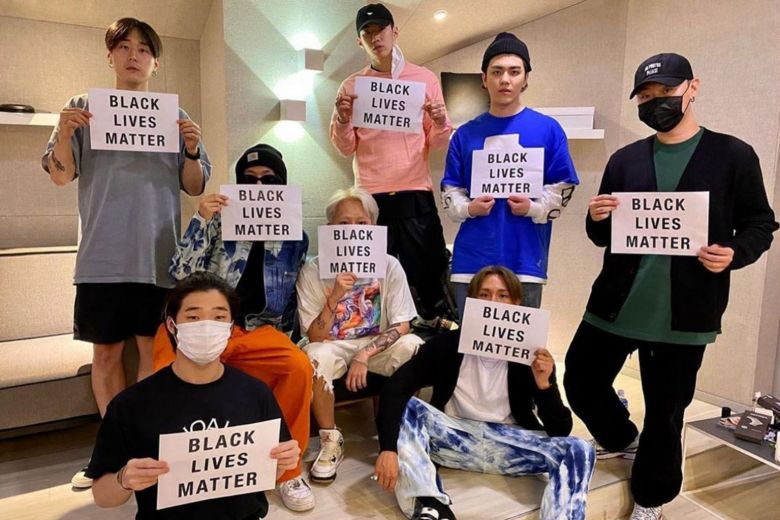 The Black Lives Matter call to action has come to Thailand, a Buddhist-majority society with deeprooted discrimination against dark-skinned Thais and against some foreign Black residents who say they personally experience a subtler form of racism.

Lighter skin is widely perceived as a symbol of success enjoyed by indoor white­collar workers. Thais often shade their faces while walking in the street, shopping or commuting.

There’s also an element of class discrimination in skin color distinctions, but the events that have rocked the U.S. and much of the Western world are being debated here as well — albeit with a Thai twist.

The protests and debates that erupted after the May 25 death of George Floyd, a Black man, in the custody of police in Minneapolis, has found an echo.

“The question is no longer whether racism exists here — it does,” Palis Pisuttisarun wrote recently in a Bangkok Post op­ed piece. “The question is why are we, as a conscientious society, not addressing it?”

Overt racism, he said may not be “systemically enforced in Thailand, it still manifests itself in a plight of nuanced yet heinous large­scale exploitation. There exist stereotypes, biases, and judgments — even if secretly whispered — which incite many of the racial issues present at a larger scale.”

In Bangkok, “I’ve been denied entry to bars, asked to pay at restaurants before even getting the food, denied service in shops,” Zipporah Gene, a Black media industry professional who has worked in Thailand for a decade, said in an interview.

“While it’s not necessarily derogatory, it focuses on my skin color — a lot — which I’ve always found quite weird.

“I could always tell when it was derogatory because some people would scream it at my face, they’d have a hostile tone, or just spit after they’d say it. It’s been a while since I’ve had that,” she said.

“When I first arrived in 2010, I was called ‘Obama’ in jest,” Bernard Basley, a Black American retired TV director, said in an interview. “Instead, I took it as a compliment and they stopped that particular practice.

“As I travel in the city’s more affluent areas, I can see the mental wheels turning, [Thais] trying to understand how I happen to be there. I think they just chalk it up to being American,” Mr. Basley said reflecting on his 10 years in Bangkok.

A new generation of Thais are also more aware of racial issues in this Southeast Asian country, whose racial mix includes ethnic Malay Thais, Chinese Thais, and Thais whose ancestors came from India, the Middle East, Europe and the Americas.

“For me, the most disturbing aspect is probably the arbitrary racially motivated arrests of Africans — who are not all scammers or involved in illegal dealings — that are specifically singled out,” said Bangkok Post columnist Yvonne Bohwongprasert.

“If they do appear in Thai media, it is mostly as either a butt of a joke or about their arrests by Thai immigration for overstaying their visa or scamming offences,” Ms. Yvonne wrote.

Public rallies are illegal in Thailand under the military­dominated elected government, so most BLM discussion is online and in local news media.

About 300 Thais and foreigners participated in an online Zoom protest for Floyd in a bid to boost local awareness of the racism issue.

There has been some consciousness­raising in the marketplace — complaints convinced supermarkets in Thailand several years ago to stop selling “Black Man” mops, brooms and scrub brushes which displayed a grinning Black man dressed in a suit as its logo. The brand changed to “Be Man.”

“Darkie” toothpaste, illustrated by a Black man wearing a top hat, was also rebranded as “Darlie” with a less distinctive logo. 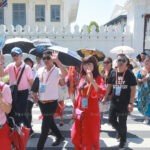 Chinese set to flood into Thailand over new COVID fears 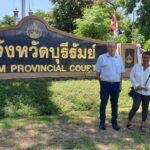