Advertising expenditure on digital TV channels surged in June by 65.01 per cent year on year, reaching Bt3.02 billion, according to Nielsen research.

Ad expenditure on newspapers continued to decline, dropping in June by 20.16 per cent to Bt515 million, and by 35.8 per cent on magazines to Bt104 million.

Total ad expenditure in the first six months of the year dropped 1.57 per cent to Bt51.72 billion. 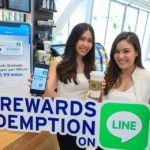